I leave Arapaja and His ilks, to The Judgement of Their Conscience- Lanlehin

I leave Arapaja and His ilks, to The Judgement of Their Conscience- Lanlehin 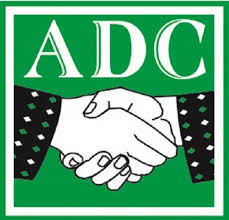 The attention of Senator Olufemi Lanlehin (Solan), has been drawn to comments made by a former Oyo State Deputy Governor, Ambassador Taofeek Arapaja, on Lagelu 96.7fm’s popular sociopolitical programme, Bosenlo, wherein he levelled several mind-boggling, spurious and unfounded allegations, especially as regards the coalition arrangement which birthed the current government of Oyo State.

While those comments are nothing but a contraption of barefaced lies, accumulated untruths and phony details, Senator Lanlehin is highly disappointed that Ambassador Arapaja, whom hitherto he held in high esteem and who had once held high political positions in the country, could descend to such very low, dirty and muddy level, all in a hurried and childish bid to satisfy his new paymaster. How low can someone go for the lure of filthy lucre?

All the same, instead of offering reactions to these laughable, comical and pedestrian comments, and then turning the matter to a needless back and forth, which the accuser and his gang would be delighted with, Senator Lanlehin wishes to leave Ambassador Arapaja and his ilks, to the judgement of their conscience, if they still have one.