The Ibadan Youth under the aegis of Ibadan Youth Indigenes formally known as The Integrity Youths Of Ibadan land Association for Development with accronyms “IYI”,has thrown her weight behind the aspiration of popular and distinguished professor of University of Ibadan , Professor Remi Raji Oyelade as Vice Chancellor of university of Ibadan.
IYI support for prof.Remi Oyelade was announced at the press brief by the president Eni Iyi Ojekunle Wasiu after her joint meeting between Board of Trustees and Executive meeting held on 13th July,2020 held at popular Bower’s Tower in Ibadan.To He said unanimously we, youth of an ancient city Ibadan home and diaspora give our support to Prof.Remi Oyelade for his worthy intentions to contest for the office of the vice chancellor of University of Ibadan. 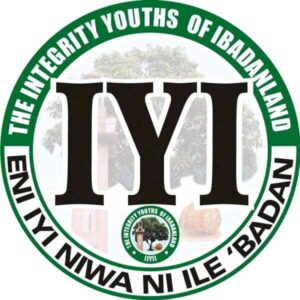 Additionally,the secretary of the association Eni Iyi Ganiyu Kamaldeen stressed futher that he(Prof.Rem-Raj) intentions for this position is long overdue haven expecting a real son of soil to emerge as VC of university of Ibadan since it was established in 1947.He claimed that,the great university of Ibadan has not produced a Nigeria citizen of Oyo State as her vice chancellor not even in acting capacity counting from 72 years ago and the last past four VCs are from Osun State
Eni Iyi Kamaldeen urges all intellectual personalities,Traditional leaders,Ibadan religion leaders,CCII,Ibadan Progressive Union,Jericoh Business Club Ajorosun club and other Ibadan social and cultural groups to work seriously for Prof.Remi Raji Oyelade to realise this ambition long over due ambition of Ibadan indigenes.
Professor Remi Oyelade, the literary scholar and award-winning poet had teaching stints at the Rivers State College of Education, Rumuolumeni; St. Andrew’s College of Education, Oyo; Ogun State University, Ago-Iwoye; and Obafemi Awolowo University, Ile-Ife before joining his alma mater as a Lecturer II in 1995. He was promoted to full professorship in the University’s Department of English in 2007. 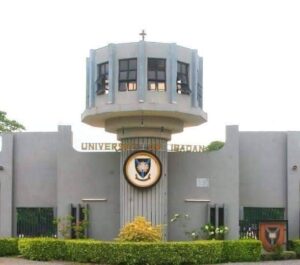 Among other administrative responsibilities, Raji-Oyelade has been the Chairman, Faculty of Arts Information Technology Committee; Chairman, Business Committee of Senate; and Member, Senate Truth Committee. He has had over twenty international scholarship awards including the Visiting Scholar Fellowship at Southern Illinois University, Edwardsville, USA (2001); City of Stockholm Writing Award (2005); University of Cambridge African Scholar (October, 2005-March 2006); and the Georg Forster Fellow at Humboldt University, Berlin, Germany (2006-2007), among others.

For his academic brilliance, resourcefulness, and innovative networking abilities, Raji-Oyelade was honoured along four other international scholars with the prestigious Alexander von Humboldt Foundation Alumni Award for the year 2017. He remains till date the only Humboldtian Professor at Ibadan to be so honoured since the prize was instituted in 2009 for scholars in over 140 countries across the world.

Raji-Oyelade whose core areas of strength include mentoring of early career scholars across disciplines and coordinating of projects and grants for UI,he is a patron to many social and academic organizations amongst this is The IBADAN YOUTH INDIGENES ASSOCIATION FOR DEVELOPMENT, formally known as The Integrity Youths of Ibadanland Association for Development.

He was recently installed by His Imperial Majesty, the Olubadan of Ibadanland, Oba Saliu Akanmu Olasupo Adetunji, Aje Ogungunniso I as the Mogaji of Adegboro Compound, Ibadan. Raji-Oyelade was elected as a Member of the University’s Governing Council, in July 2019.