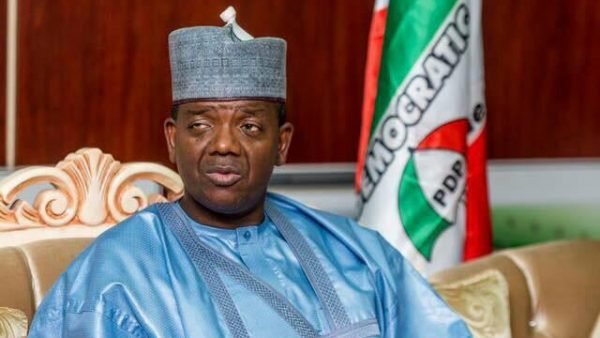 If You Dare me, I’ll Give You The Treatment You Deserve – Matawalle Warns Deputy

Zamfara state govwenor Bello Matawalle has warned his deputy, Mahdi Aliyu not to dare him else he gives him the treatment he deserves.

It was gathered that the gap between Matawalle and Aliyu, after the governor defected to the All Progressives Congress (APC) seems to be widening.

Aliyu who refused to follow Matawalle to APC has addressed a rally of the PDP, to reaffirm his loyalty to the party.

Hours after the rally, The State House of Assembly had invited Aliyu to come and explain why he held the rally without considering the current security situation in the State and which meant disrespect of advice by the security authorities in the state.

However Matawalle told the Hausa Service of Deutsch Welle on Saturday, that he was getting fed up with Aliyu’s disrespectful attitude.

He said ” I won’t join issues with him. But if he dares me, I will give him the treatment he deserves.”

There are speculations that the House of Assembly’s summons may be the first step by the legislative arm towards impeaching Aliyu.

We Have Proved We have Facilities, Logistics To Host The World – Ilaji COO