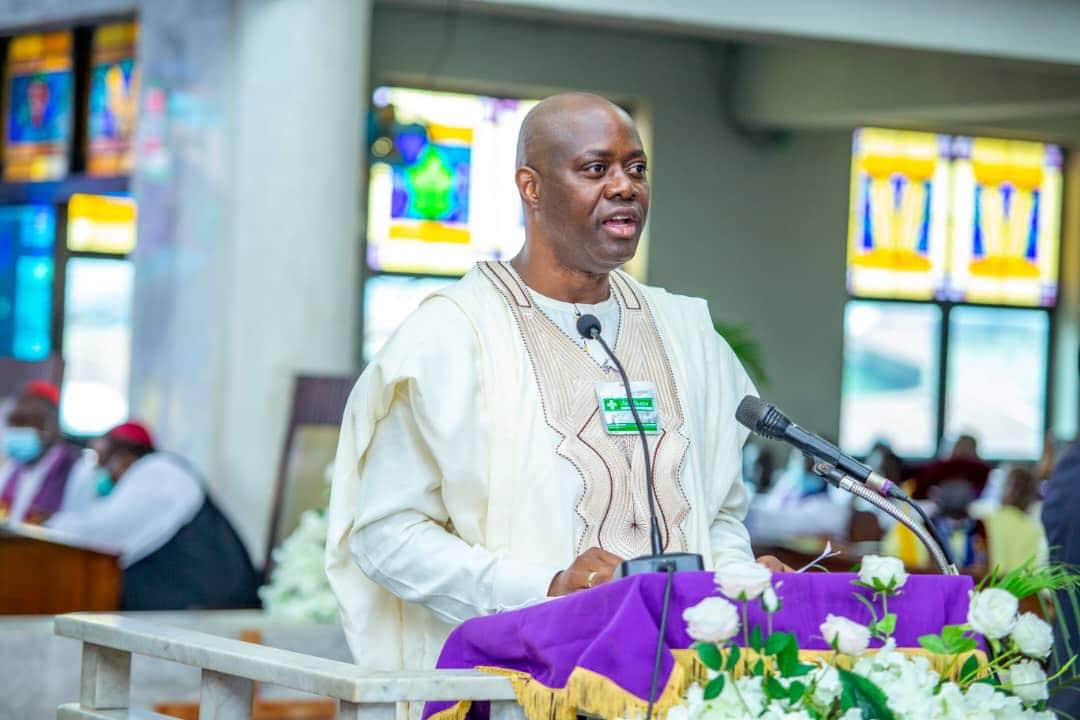 Dr Samuel Uche, the Prelate, Methodist Church of Nigeria, has called on Nigerians, irrespective of religious affiliations, to live their life in the ways of their creator, saying everyone will give account of his or her deeds before God.

Prelate Uche made the call on Friday during the burial service of Chief Bode Akindele – an industrialist who died on June 29, held at the Methodist Cathedral Agbeni, in Ibadan.

The Cleric, who themed his sermon as ‘Christians, people with a living hope, urged Nigerians to have hope in eternal life and should thrive to live a life that would make them leave good legacies behind when they die.

Hee described the late Akindele as a strong pillar of the Methodist Church, who had served at various capacities in the church.

“He was the first chairman of the Board of Trustees of the Church’s University – Wesley University of Science and Technology, Ondo; where he left many legacies behind.” The Cleric said.

He further posited that late Akindele did many remarkable things that contributed to the growth of the Methodist Church in Nigeria and called for emulation of the deceased’s good deeds.

The Prelate also lamented over insecurity in the country and implored Nigerians to pray for the nation to overcome its challenges.

In his speech, Gov Seyi Makinde of Oyo state, described the late Akindele as a legend that would live for ever, saying the deceased achieved success as an entrepreneur, industrialist and philanthropist, “and so he remains a model for me”

Makinde disclosed that late Akindele called him few months ago to offer his (Akindele) medical facility to be used as isolation centre in the state, ” not only offered his medical facility; it is on record that Baba is the largest single donor for Oyo state COVID-19 endowment fund.”

The Governor posited that late Akindele would not only be missed by his wives, children and grandchildren but missed by all because of the good legacies he left behind.

He tasked the congregation that the greatest tribute they could pay the deceased was to continue in his footsteps and making sure that his legacies does not die.