Lawmaker, Akande-Sadipe Calls for Probe into Bribery Allegations Against NIS

Lawmaker, Akande-Sadipe Calls for Probe into Bribery Allegations Against NIS 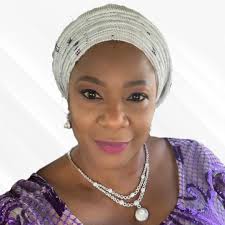 Federal Lawmaker, Tolulope Akande-Sadipe K. has called on the Nigeria Immigration Service to investigate allegations of bribery against its personnel in land borders with African countries and at Airports.

Akande-Sadipe, who is the Chairman, House Committee on Diaspora Affairs said on Thursday that allegations of bribe collection from irregular migrants to leave the country are gaining grounds already and cannot be jettisoned.
She noted that reports claim that NIS Officials at check points at various Nigerian highways and at various airports have indirectly legalised irregular migration with their cash-for-pass attitudes.
She therefore called on the Comptroller General of Immigration, Mr. Muhammad Babandede, to act swiftly and look into the alleged acts of misconducts.
She said, “It has come to my notice that some NIS officials collect N50, 000 bribe from some irregular migrants to be smuggled out of the country. In fact, there are no secondary checks at borders and the Airport”.
“However, it is pertinent to commend the Comptroller General. He has been cooperating with our committee, but there are some elements in the Service, he needs to fish out”, she added.
She stated that there is an urgent need for NIS to have a firm grip of the borders and migration registration and management in the country.
Akande-Sadipe further noted that Immigration and NAPTIP need to collaborate to stem the tide of human trafficking.