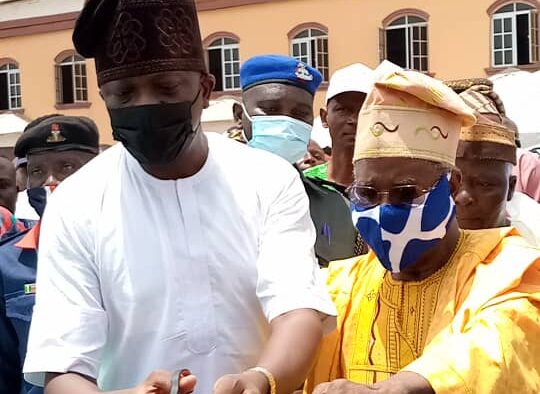 Leaders of the Peoples Democratic Party (PDP), in Ogbomoso zone on Thursday inaugurated its Zonal Campaign Committee for the Local Government election scheduled for May 15, 2021 and 2023 General elections.

The campaign committee, which was inaugurated at Ogbomoso Town Hall in Ogbomoso North Local Government, had notable leaders and members of the party drawn from the five local governments in the zone, comprising Ogbomoso South, Ogbomoso North, Ogo Oluwa, Orire and Suurulere. 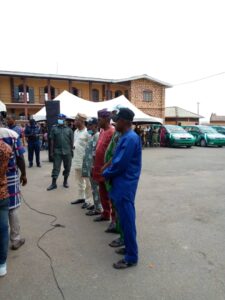 While speaking at the inauguration and presentation of campaign vehicles to the five Chairmanship candidates, the Director-General of Oyo State Investment and Public Private Partnership, Hon Segun Ogunwuyi said this signals the commencement of the formal process for the 2021 Local Government election in the zone by the PDP.

The former House of Assembly and Federal House of Representatives member charged all the leaders and members of the party to work together as a united body for the progress of the party and Ogbomoso as a whole.

Hon Ogunwuyi, however, lauded Governor Seyi Makinde’s sterling records in Ogbomoso with the various legacy projects his administration has embarked on in the zone.

Notable leaders who attended the inauguration and donation of vehicles to the zonal campaign committee include: Alhaji Razak Gbadegesin who was the Deputy Chief of Staff to former Governor Adebayo Akala, Hon Ezekiel Oyedepo who is a member of Oyo State Hospital Management Board, Hon Oke John (Legacy), a Commissioner at Local Government Service Commission, a former Commissioner for Finance, Hon Adebayo Bankole, all the PDP chairmen in Ogbomoso zone and other leaders from the zone.

The Zonal Campaign Committee chaired by a former Chairman of Ogbomoso South Local Government, Hon (Prince) Felix Akande thanked Governor Seyi Makinde and leaders of the party in the zone for the opportunity given to him and others. He promised that the team will deliver and make the party proud in the May 15 local government election and 2023 General elections.