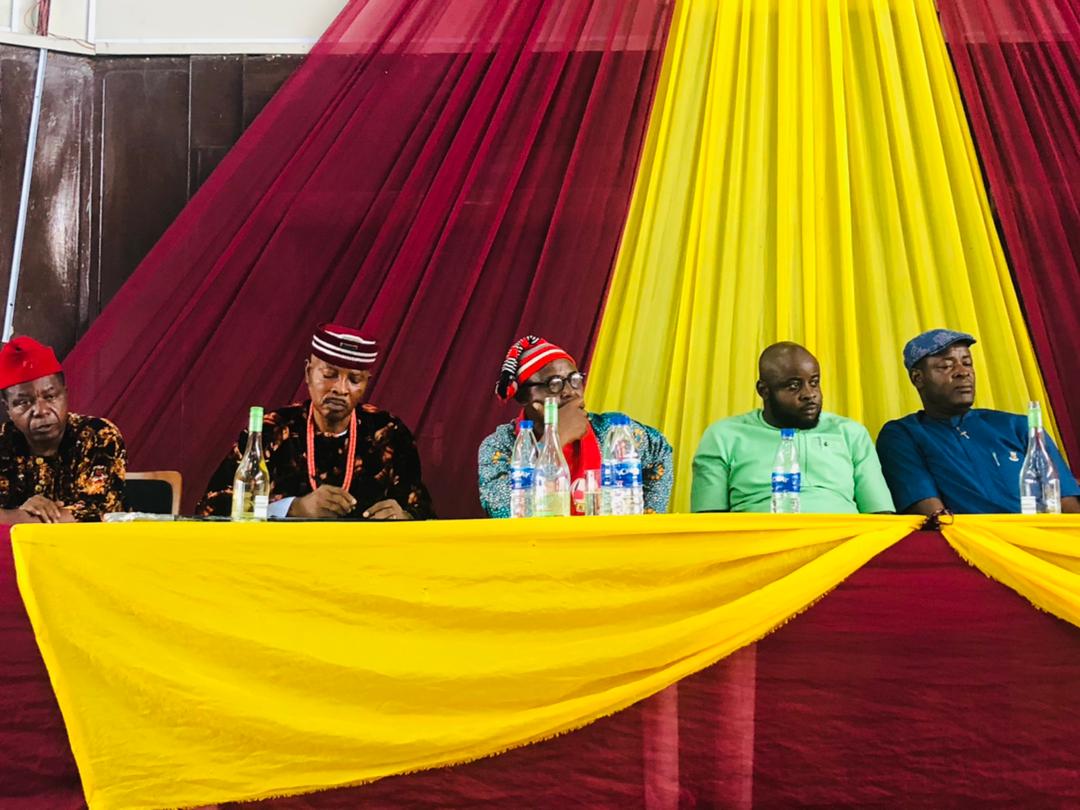 The Igbo Community in Oyo State, rose from a consultative meeting on Saturday, where they commended Governor Seyi Makinde for running an inclusive administration in the state.

The Ndigbo community, which met at the House of Chiefs, Secretariat, Ibadan expressed satisfaction with the governor’s decision to appoint three of their members into his administration.

At the meeting, the community equally declared its strong support for the administration of the governor, appreciating his the commitment in ensuring that the Igbo people are not neglected in the state.

Special Assistant to the Governor on Community Relations (Igbo Community), Kingsley Ike, who briefed newsmen at the end of the meeting, said that the Igbos in the state have resolved to cooperate with the present administration in Oyo State to actualize the plans and vision of the governor.

He said that the meeting was aimed at discussing matters of beneficial interest to Igbos in Oyo state.

While stating that the governor has practically demonstrated that he is always ready to embrace people from other ethnic groups, He added that for the first time in the history of Oyo State, people of igbo extraction are being appointed as aides to a government in power.

He said: “For the first time in the history of Oyo state governance. Igbo people are being included as members of the Governor’s cabinet. Aside my appointment, two other significant appointments of Igbos have been made by His Excellency.

“This is an indication of the commitment of the present administration to ensure that the voice of the Igbo people in Oyo State is heard.”

He further appealed to other dissenting voices within the Igbo community to come together and chart a way forward for the progress of everyone in Oyo State.

“I am aware of the factions that exist within the Igbo community, but I am here to clearly state that my focus is not to play any politics but to bring the needs of Ndigbo In Oyo state to the government.”

He further said: “As a people in a distant land, we must stand together and stand firm, and importantly, cooperate with the present administration.

“His Excellency, the Governor of Oyo State has promised to always give a listening ear to the needs of Ndigbo in Oyo state. However, we as a people must cooperate with the administration of His Excellency and I assure you that those issues, complaints and needs of Ndigbo will be duly addressed.

“We must show him that we are strongly behind his government and will support his vision in every way we can.

Ike further said: “As Ndigbo, we are known to be an industrious and hardworking people who tend to bring light and development wherever we find ourselves. We are innovators and entrepreneurs. We are not here just to be parasites but mostly to join forces with the indigenes to develop the society we find ourselves, while making a good living for ourselves and our families.

He, however, enjoined Igbos to always abide by the laws of land as as according to him doing so will enhance peaceful coexistence.

“Once again, I have gathered us today so we can put heads together and address matters that will benefit Ndigbo and for me to table all these to His Excellency, who I’m sure will not turn deaf ears to them. Remember that this meeting is only a prelude to the main Town Hall meeting that is coming up.

“The Town-Hall meeting, in which we hope to have His Excellency in attendance has been approved and we are only waiting for the date most suitable to His Excellency. Once that is scheduled, I will communicate same to you all. You are the Igbo men of repute and the stakeholders in the community. Let us rub minds together for the benefit of us all,” He stated.