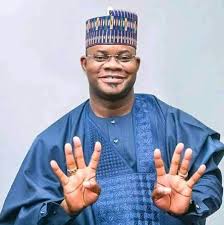 The Ondo state Council of the Nigeria Union of Journalists (NUJ) has condemned in strong terms, the brutalization of one of its members, Friday Osagie Otabor (of The Nation newspaper) by some overzealous policemen attached with Governor Yaya Bello of Kogi State, who is the chairman of Ondo state APC Governorship Primary Committee.

In a Press Statement signed by the state Chairman of the Union, Adetona Aderoboye and the State Secretary, Leke Adegbite, NUJ described the uncivilized action of the security men as barbaric and fall short of democratic tenets.

The Security operatives from Kogi state who are guarding Governor Yaya Bello had harassed and brutalised the journalist who was at the DOME, venue of the APC primary in Akure, the Ondo State capital to perform his statutory assignment.

Ondo NUJ views the attack on Otabor who was at the venue to interview the kogi governor when the brutish armed police men descended upon him despite showing them his identity card, as unacceptable and direct assault on the Nigeria’s media who were in the forefront of returning the country to civilian rule.

Although both the Kogi state and Ondo state Commissioners for Information as well as top security personnel at the venue had apologized to Otabor, Ondo NUJ charges Alhaji Yahaya Bello and the Inspector General of Police to call to order the security agents attached with the Kogi governor and train them on how to be civil in dealing with journalists and members of the public.

We therefore demand payment of medical bill of the attacked journalist by the Kogi governor and the Nigeria police, while investigation should be carried out to identify the defaulting policemen for necessary punishments.

The Pen Union also calls on other VIPs in the country coming to Ondo state for election or other assignments to always caution their security agents especially policemen against actions that can make caricature of the nation’s democracy before the global community.

Share on:
WhatsApp
Previous Article
Coalition for A Better Nigeria Celebrates Gowon, Soyinka, Jemibewon Others
Next Article
OPINION:The Fainting Professor, Table Shaking Minister And Other Features Of The Nigerian Drama By Ogbeni Labzy