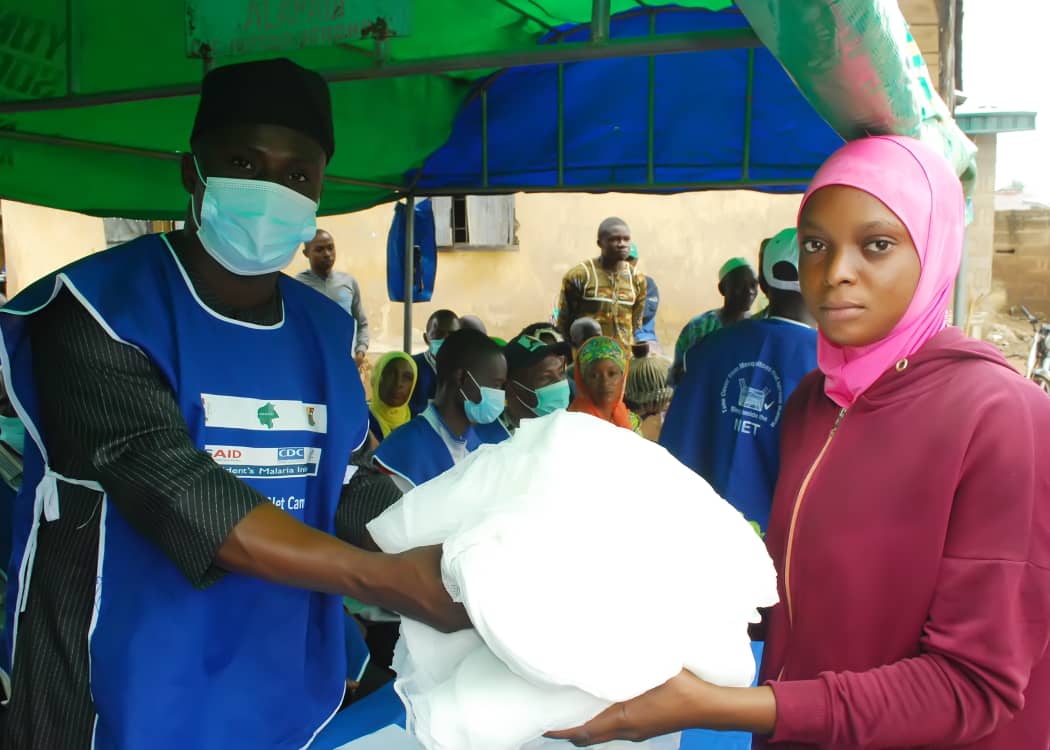 Oorelope LG Chair kicks off distribution of mosquito nets with ‘if you get one, use it’ slogan

Chairman of Oorelope Local Government, Hon. Akeem Adepoju Raheem, has maintained that quality and affordable healthcare delivery is a top priority of the Governor ‘Seyi Makinde administration.
He added that the administration’s determination to ensure quality healthcare service delivery has led to the ongoing massive renovation of 351 Primary Health Care Centres and the distribution of 5 Million insecticide-treated mosquito nets in the state.

Raheem, who stated this while kicking off the distribution of the mosquito nets during an event held at the Owode Maternity Centre, Igboho, said the local government’s vision on healthcare delivery is in sync with the governor’s focus.
Speaking during the event, Hon. Raheem urged residents to ensure that they use the mosquito nets effectively, employing the slogan, ‘if you get one, use it.

He also implored residents to ensure that their environments are always clean, saying grown bushes and dirty gutters always harbour mosquitoes.
He said: “I welcome you all to this important event, the distribution of insecticide-treated mosquito nets.

The programme was flagged off a few days ago by the Executive Governor of Oyo State, His Excellency, Governor Seyi Makinde. Under this intervention, 5 Million mosquito nets are to be distributed across Oyo State.
“So, today, we are kicking off the distribution of the nets in Oorelope Local Government. It is also safe to say that we are kicking off what I will call ‘Operation Zero Tolerance for Malaria.’

“For over a century, malaria has ravaged the African continent, killing children in their millions and throwing many homes into sorrow. We all know the agents of malaria are mosquitos, as the malaria disease is caused by Plasmodium parasites from female anopheles mosquitos known as malaria vectors.

“In 2019 alone, the World Health Organisation reckoned that there were 229 million cases of malaria worldwide and that the estimated number of malaria deaths stood at 409,000 in 2019.
“The WHO also said that children aged under 5 years are the most vulnerable group affected by malaria.

“The good news, however, is that malaria can be prevented and it can also be cured. Kii se arun ti ko gboogun!
“There is a Yoruba saying that if one wants to avoid evil, one must work to prevent it. Ki oju ma ri ibi, gbogbo ara ni oogun re. This is why the people-centred government of Engr. Seyi Makinde has come up with this all-important measure of distributing insecticide-treated mosquito nets to millions of homes.

“As the saying goes that health is wealth, which in Yoruba translates to “ilera loogun oro,” the PDP-led administration under Governor Makinde believes that our focus to expand the economy of Oyo State and that Oorelope Local Government and make life more meaningful for the people cannot materialise if our people are not in good health.

“This is why the state government has embarked on massive renovations and remodelling of 351 Primary Healthcare Centres in each electoral Ward of Oyo State. All local governments in Oyo State are keying into this vision.
“At the level of Oorelope Local Government, we will also continue to do everything possible to make healthcare delivery affordable, accessible and qualitative.

“But for today, we are, in the spirit of the saying that “prevention is better than cure,” beginning the distribution of the insecticide-treated mosquito nets to homes in the local government.
“Let me encourage you to borrow a leaf from the story between Prophet Samuel and King Saul in the Bible. When King Saul disobeyed Samuel and did the opposite of what God wanted him to do, Samuel told him that “obedience is better than sacrifice.” So, I encourage you today that if you get a mosquito net, please use it and don’t just keep it at home. Obedience is better than sacrifice!”