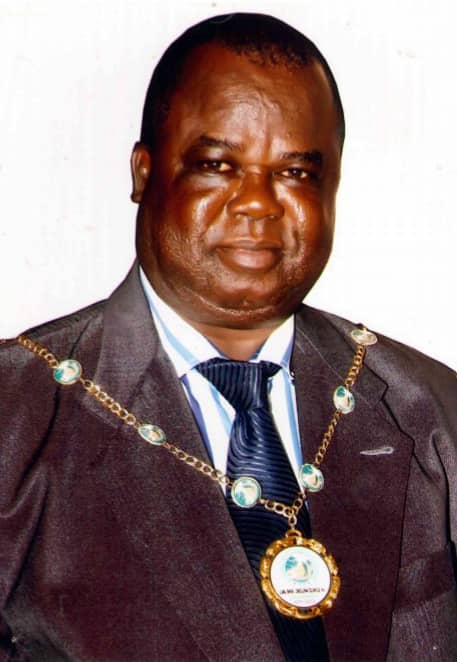 The Nigerian Institution of Surveyors, Oyo State Branch has given its support to the State government’s ‘Home Owners’ Charter’ program as the body said it would make documentation of land and landed properties’ documentation less strenuous and cheaper.

The State Chairman of NIS, Surveyor (Prince) Aderemi Femi Kobiowu said this on Friday at the Institution’s Secretariat in Ibadan when answering questions from journalists.

Kobiowu disclosed that the document, which encompassed survey plan, certificate of ownership (c of o) and other important requirements has cut out almost 50% of actual cost of obtaining the various documents before the introduction of the new instrument of ownership.

He however called on the State administration to look into the advises given by the Institution over the cost of procuring survey plan, so as to give credence to the unity of purpose between the government and NIS that gave birth to the project.

“Home Owners’ Charter’ is not just a success, it is going to be one of the legacies this administration will leave behind, if well implemented, NIS was called upon before its birth and we put in our own idea, but government is yet to Implement it fully.

“It is an idea that has given enough financial freedom to the members of the public to own land and landed properties, imagine the fact that Home Owners’ Charter’ has cut off the cost of obtaining tax clearance for the buyer and seller of land, that is minus almost #240.000.

“If almost 50% of the cost of obtaining documentation is removed, then the rest is no more a burden.

“We have however submitted a blueprint of NIS, which stands as our input into the program and other policy directions of the State that affect our members and the most important part of it is the cost of land survey in the Charter, we believe the present administration will look into this.”

He said Post-Covid-19 economy in Oyo State would be beneficial to the people as the policy and programs of the present administration indicated that the people’s welfare was utmost.

He urged the government to open up acquired forest land for Investment and cheap housing program to further promote the State’s economy.

“We have seen the difference between an administration whose contractors were all from Lagos and the one that believe in patronizing local contractors and professionals, this has shown us that in Oyo State, post-covid-19 era will be beneficial to the people.

“We have assets in land and moribund assets, this government has taken the very first step by inviting local and foreign investors to come and do business here, we will all reap the benefits.”

Kobiowu called on Governor Seyi Makinde to urgently look into the resolution of the 8th Assembly on the Ibadan Circular Road’s setback which he said the former administration put at 500meters and reduce the setback to 150meters to allow for economic activities in the area.

“The effects of the acquisition of the 1kilometer of land along the corridor of the Ibadan Circular Road is that several villages and developed areas along this corridor would be enclosed in this acquisition and development there will be retarded.

“Development is better driven by private investors with the guide of government and in this case, it is better government controls the development of the area for effective cost incurring instead of wholesale acquisition,” he appealed.