Oyo State Government has reaffirmed its commitment to promote the rights and wellbeing of women, children, aged people living with disabilities, destitute and the less privileged as well as coordinating prevention and responses for sexual and gender based violence in the state.

This was stated by the Honourable Commissioner for Women Affairs and Social Inclusion, Alhaja Joke Fausat at Stakeholders meeting on Child Sexual Offences Bill 2019 and Oyo State Sexual and Gender Based Violence Response Team and Referral Centre Bill 2020 held this Tuesday at the House of Chiefs, Secretariat, Ibadan. 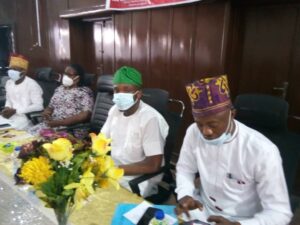 She noted that her ministry has equally established a rapid Response Team on Violence against women, children and other cruel inhuman or degrading treatment or punishment.

In his remark, Oyo State Commissioner for Justice and Attorney General, Barrister Oyewole Oyewo noted that there is a paradigm shift in Oyo State because there are some laws that have been on the statutes code like the criminal law and others but which have not been responsive to sexual and gender-based violence.

He describes the Child Sexual Offences law as unique by establishing legal framework that will be able to deal with the dastardly act.

In her welcome address, the Hon representing Ogbomosho North state constituency, Hon Bimbo Olawumi Oladeji says it is evident that sexual violence can have serious short and long term physical, psychological and social consequence not only for girls, boys, families and communities.

In his goodwill message, the lawmaker representing Akinyele constituency 1 Ayotunde Fatokun who represented the Speaker lauded the executive and legislature at ensuring that sexual and gender based violence are nip in the bud. 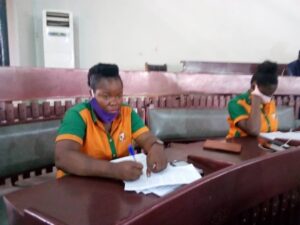 The stakeholders meeting was attended by the Chief Whip, Hon Hakeem Adedibu, NAWOJ chairperson, Jadesola Ajibola among others.