Yesterday, at the gory scene of an unfortunate road crash involving a long trailer, commercial cab (micra) and motorcycles, our Emergency Rescue Operations Team were joined by other sister agencies to rescue the lives of four (4) individuals who were partly involved in the fatal crash that occured at about 0730hrs along the Aleshinloye-Dugbe corridor. 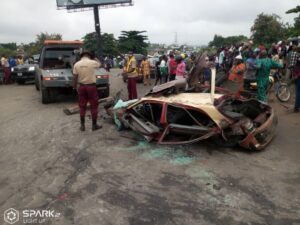 While four (4) others instantly lost their lives on the scene and their remains moved to the morgue, it is our believe that proper vehicle maintenance, Preventive and Correctional, coupled with safe, rather than reckless driving could have averted such tragedy of monumental proportions. 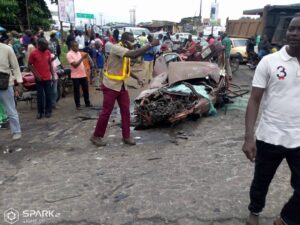 While our hearts are with the family of all those whose precious lives were lost, we beseech motorists and motorcyclists alike to take more responsibility on the effective and timely routine maintenance of their vehicles to avoid cases of brake failure, engine-knock