Earlier today, a team of our men led by the State Commander Comm. Ayoade Adeoye Adekola rescued some accident victims along the Moniya- Iseyin road. 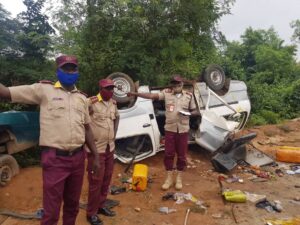 It was reported that at about 11pm of Monday, 6th July, 2020, a long trailer ( KTU 420 XV ), coming from Iseyin with full load of maize, suffered a brake failure while attempting to climb a hilly portion of the road and manoeuvred to the other side and parked leaving only a small portion of the road for other travelling vehicles to ply. 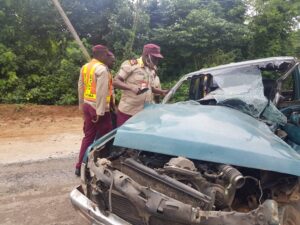 Unfortunately, at about 1630hrs of Tuesday 7th July 2020, a six tyre DAF truck with registration number LND 605 XS fully loaded with soft drinks coming from Ibadan, reached the broke down trailer unnoticed and collided with the three occupants of the trucks suffering very high degree of injuries. 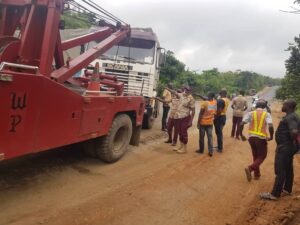 More unfortunately, on the same day at about 1830hours before our attention was drawn to the ugly situation, an 18 seater white coloured commercial bus NCH 313 XA coming from Ibadan on high speed, could not control itself when it got to the scene suddenly and had a head-on collision with oncoming pick up van with registration number LSR 220 XB, while about 17 occupants of the two vehicles sustained various degree of injuries. 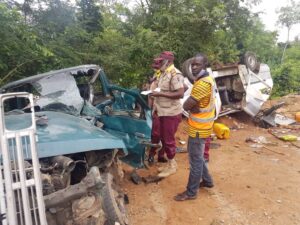 While we shall continue to discourage road users parking indiscriminately on the roads through sanctions contained in the traffic law of the State, we call on all to imbibe good maintenance culture of their vehicles to avert such tragedies.