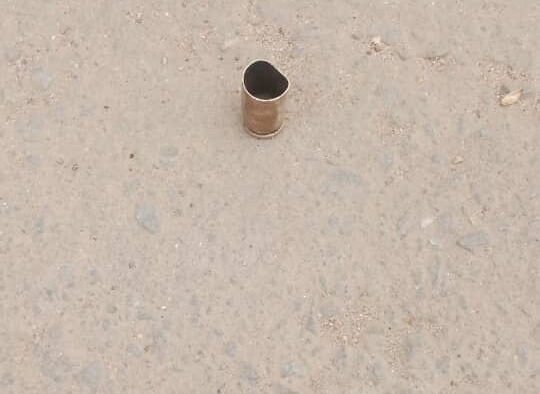 A middle-aged man, Taoreed Olusola, on Monday, was shot by two yet to be identified after being attacked on a bike along the Government House road, Secretariat, Ibadan

It was reliably gathered that the man was being trailed by the two men from a bank after withdrawing the sums of N150,000 and N296,000 respectively.

The two suspected armed robbers, according to further investigation, followed Taoreed closely to the spot, before descending on him to dispossess him of the money. 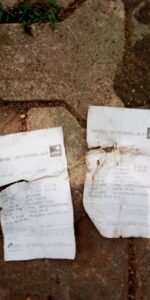 Taoreed, in the confusing situation did not know where to turn to and swiftly passed through the Government House road and the men immediately attacked him, shut two bullets into his body and collected the money he went to collect in the bank and also rode his bike away.

At the scene of the incident, bloodstains on some parts of road, indicated that Taoreed crawled to the side of the road where he was helped by bassers-by to the Intensive Care unit of the University College Hospital, (UCH), by the officials of the Oyo State Environmental Task Force in their vehicle. 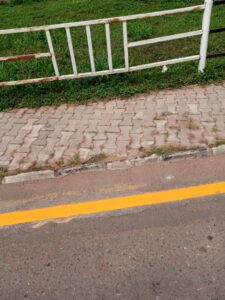 When contacted on telephone by GOALPOACHER NEWS, the state’s Police Public Relations Officer, SP Olugbenga Fadeyi, said he was yet to confirm the incident, noting that he was at an official assignment to monitor the ongoing recruitment exercise by the police.

It was also reported that the victim was attended to on the spot by the lawmaker representing Ibadan Southwest constituency 1, Yusuff Adebisi who was passing by shortly after the incident happened with the view to saving his life.

Another report has it that the victim was rushed to Adeoyo Hospital where he reportedly gave up the ghost and the corpse has been deposited at Adeoyo Hospital’s morgue, Ring Road, Ibadan.