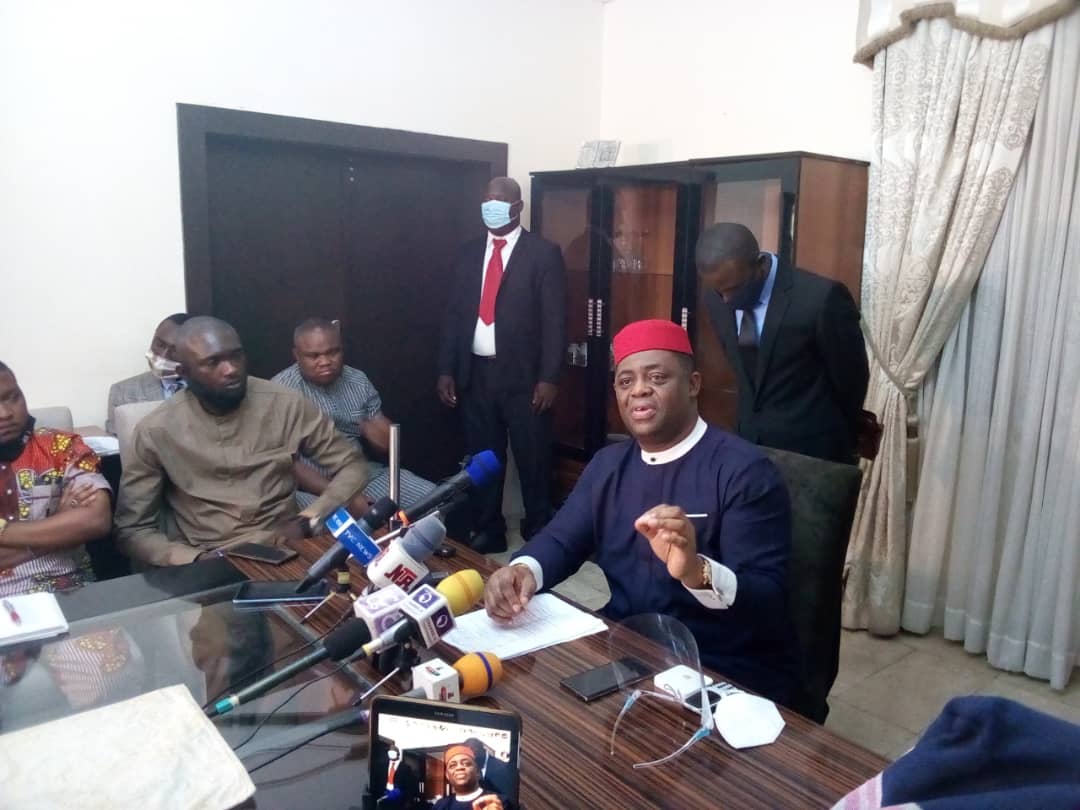 PHOTOS:Oyo Will Soon Get Close to Lagos in Terms of Development- Fani Kayode

….He ensures governance has true meaning in Oyo

In continuation of his tour to some states, a chieftain of the Peoples Democratic party(PDP) and one time Minister of Aviation, Chief Femi-Fani Kayode, has disclosed that Governor Seyi Makinde has ensured governance has true meaning in the state, since his assumption of office over a year ago.

He similarly, hinted that, the state would soon overtake Lagos State, in terms of infrastructural development with the pace the governor has taken governance in the state.

Fani Kayode stated this on Sunday at a press conference held at the Government House, Agodi, Ibadan, where he described the governor as one of rising stars in the new generation of politicians in the Southwest and Nigeria at large.

He noted that the 15 project sites he monitored in the state during his tour, which he said, spread across the zones in the state, signified greater things to come.

His words: “I have known Governor Makinde even before he became a governor, I knew he would become governor, we prayed about it and it was revealed to me, there was a reason and purpose for him to come in at this time, he is transforming the state, he has given his people the choice.”

“He has ensured that governance has true meaning and he has also become a good example for other governors to emulate.”

“He has also become a shinning light to us in the Southwest, I am proud of him, we are very very proud of him. This is not about blowing his trumpet to the media, Oyo State does not have the kind of money, Lagos has, yet, he has been able to get the job done.”

“By the time he finishes, Oyo will be closer to Lagos in terms of commerce, industry, security, agriculture and infrastructural development.”

“There are numerous projects he has in the pipeline, we have few governors in this country, it a cross-party thing and I am not being partial, it is only few that are doing remarkable things”

“He is courageous, extremely tough, disciplined, focused, he works hard and I have nothing but respect for him, his voice is not loud because he doesn’t make a noise, he just get down to work, he marshals his line of argument accurately.”

Meanwhile, Chief Fani Kayode, however, called on President Muhammadu Buhari to rescind his decision to hike electricity tariff and fuel price from N145 to N161.

He noted that the hike was totally unacceptable in a civilized society, stressing, that governments in other climes are providing palliatives to their citizens with the view to ameliorating the consequences of COVID-19.

He urged the President to engage those who understood the dynamics of economies to help salvage the Nigerian economy.

According to him: “It is important to joggle our memory so we know exactly where we are. In 2015, when we had PDP Federal Government in power. That was a bit ahead of the election,fuel cost N87 . The Excess Crude Account (ECA) was $2.5 billion. The rate of dollar was N200 to one dollar. A bag of rice was N8,500 and external debt was $9.7 billion.”

“These are facts and verifiable. I will challenge those who will doubt it to go back and check. Today, let’s compare,fuel now is N150, let’s even be nice about it. It comes from N87 per litre to N150. The Excess Crude Account which used to have $2.5billion now has $72 million.”

“Let me try and be a little bit far to the Federal Government because President Buhari offered an explanation for this particularly in term of food prices, electricity price and so on and so forth.”

“The important thing for us to know is this: these prices are unacceptable in any civilised society. And the time when COVID-19 just afflicted the nation and our people, governments all over the world are offering palliatives to their people to ensure that the effect of COVID-19, apart from being on health, also the economy and the quality of life of the people, they are trying to ameliorate all that to ensure that their people do not just go down and do not suffer these terrible consequences of the terrible disease.”

“But in Nigeria, I’m sorry to say the opposite has happened. Even though we have the consequences of COVID-19 and COVID-19 is still with us, we also have the heavy joke economic depression, complete destruction of our economy,high prices, food prices are high, fuel prices are high, electricity prices are high.”

“Everything has shut up in some cases 100 or 200 per cent. How do you explain that ? How do you expect an average income earner and those who don’t have work to afford a bag of rice? So, it’s really a sad situation.”

“I will urge the Federal Government to do their best to do far better than they are doing. I’m not going to sit here and attack anybody. This is not about partisan politics now. It’s about our nation. It is about our people and quality of life of our people. Nigerians were not brought to this world to suffer and to suffer economic degradation.”

“We are already been described as the world capital for poverty. This title was conferred on us in the last a couple of years. It is so sad. But when you add this statistics to that I asked myself – how on Earth will an average Nigerian cope?”

“How can 90 per cent of Nigerians cope? Really, our government has to do better. I sincerely hope and pray that they would allow those who understand that dynamics of economies to be able to advise them and ensure that things change. Because if we don’t change, I really don’t know where we are heading as a nation,” he stated.

The press conference was attended by the the Chief Press Secretary to the Governor, Mr. Taiwo Adisa, Special Adviser on Media, Mr. Jide Ajani, and Special Assistant on Broadcast Media, Mrs Bosede Sodiq. 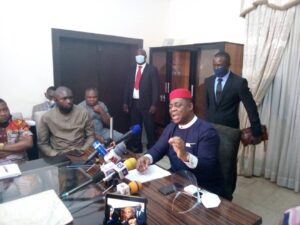 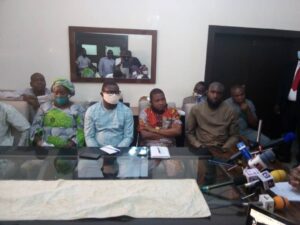