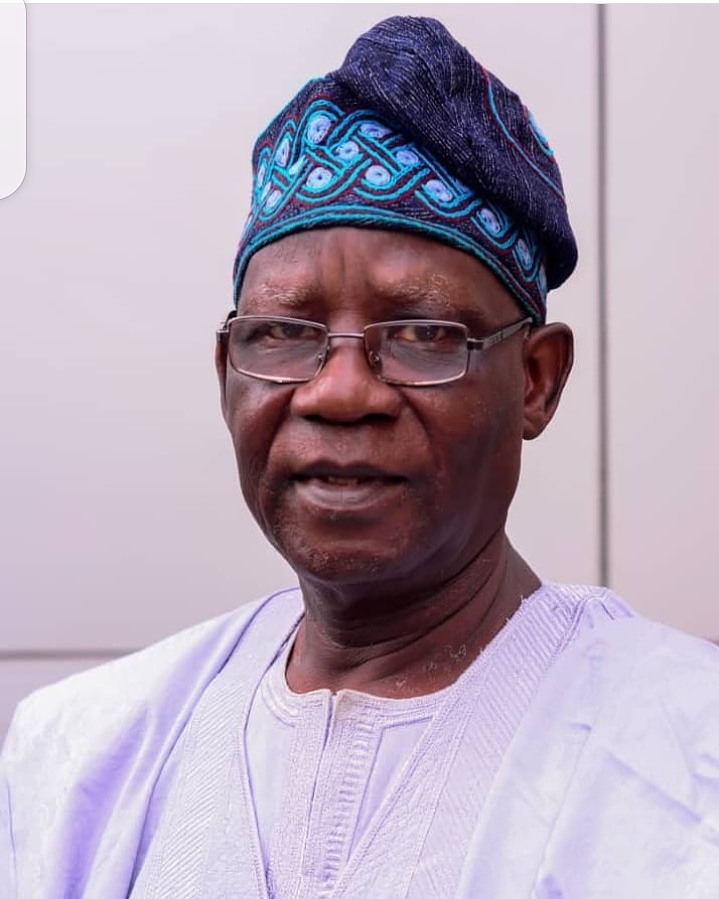 The lawmaker representing Akinyele constituency 1 at the Oyo State House of Assembly and the Chairman Parliamentary Council, Hon Ayotunde Fatokun has poured encomiums on his father, Engr (Dr) Olujide Fatokun on the occasion of his birthday.

He was born and raised at Ogbongan village near Ikereku in Akinyele Local Government Area of Ibadanland, Dr. Jeremiah Olujide Fatokun (Jide Fatokun for short), is an Agricultural Engineer who specialised in Water Resources Engineering.

He is registered by the Council for the Regulation of Engineering in Nigeria (COREN R1170). He attended Methodist Schools, Ogbongan, Ikereku and Akintola Road, Ibadan; Methodist Secondary Modern School, Ikereku and the renowned Wesley College, Elekuro, Ibadan, where he qualified as a Grade II teacher. He attended the University of Ife, Ile-Ife, (now O.A.U.) where he obtained a B.Sc. Agriculture (2nd Class Upper Division) and Agricultural University of the Netherlands, where he obtained M. Sc. Water Management Engineering. He obtained a Ph.D. in Water Resources Engineering from Trinity College and University, Delaware, U.S.A.

Prior to graduation, he taught at Methodist School, Badagry, Lagos State and Methodist High School, Arigbajo in Ifo Local Government Area of Ogun State. After graduation, he taught briefly at the C.A.C. Teacher Training College, Efon Alaye, Ekiti State before joining the Ahmadu Bello University, where he served in the Division of Agricultural Colleges, first in the Samaru College as tutor and later as the founding Principal of the College of Agriculture, (for Irrigation Technology), Bakura, now in Kebbi State.

He later joined the Ogun-Oshun River Basin Development Authority (OORDBA), Abeokuta where he served in several capacities from Head of Engineering Department to General Manager and first Managing Director/Chief Executive, over a period of seventeen years. He later worked as an international Water Resources Development Consultant on many projects funded by International Fund for Agricultural Development (IFAD) and the World Bank in many African countries – Ghana, Kenya, Swaziland and Uganda, among others.

A much travelled and published author, Jide Fatokun read papers in many professional conferences and seminars and subsequently published papers in seven significant professional journals. His interests cut across his profession – Soil and Water (Agricultural) Engineering, culture and his chosen religion – Christianity, expressed through Methodist Church Nigeria (MCN). This trend is aptly reflected in his published works – Water for Agricultural Communities, Athena Press (U.K.), 2004; Methodist Witness in Nigeria and Ibadanland Facts and Figures, Positive Press (Ibadan), 2009 and 2011 respectively. A lover and player of Church Music, he is the Choirmaster of the Methodist Cathedral of Light, Agodi, Ibadan for the tenth year running.

Earlier in life, he served the Church in several capacities, among them, Organist of the Thomas Birch Freeman Memorial Methodist Church, Badagry (1966), pioneer Senior Steward of Agodi Circuit (1986 -1995) and Lay President of the Diocese of Ibadan (1997-2001). He has been a fully accredited Lay Preacher of the Church (MCN) since age 24.

Apparently in appreciation of these, MCN conferred on him the Knighthood of John Wesley (KJW), the highest honour that the Church confers on her deserving lay members. He is also the current Chairman of the Ibadan Chapter (Ibadan Archdiocese) of the Council of Knights of John Wesley and Charles Wesley, Methodist Church Nigeria.

To express his socio-cultural interests, he joined and was very active and highly committed to some organizations; among them was Ibadan Club 18 of which he was President (1983-87). He similarly joined Ibadan Action Council (IAC) in 1983. IAC is a member club of the Central Council of Ibadan Indigenes, CCII. Jide Fatokun is the immediate Past President of IAC.

Jide Fatokun’s last public position was that of Special Adviser on Agriculture and Water Resources to Governor Abiola Ajimobi of Oyo State (2011-2012). He now works as a private consultant in General and Water-related Agricultural Practices.

PHOTOS:Oyo Will Soon Get Close to Lagos in Terms of Development- Fani Kayode

OPINION: The Fourth Republic (1999) Governors and Posterity: The Stance of Governor Seyi Makinde