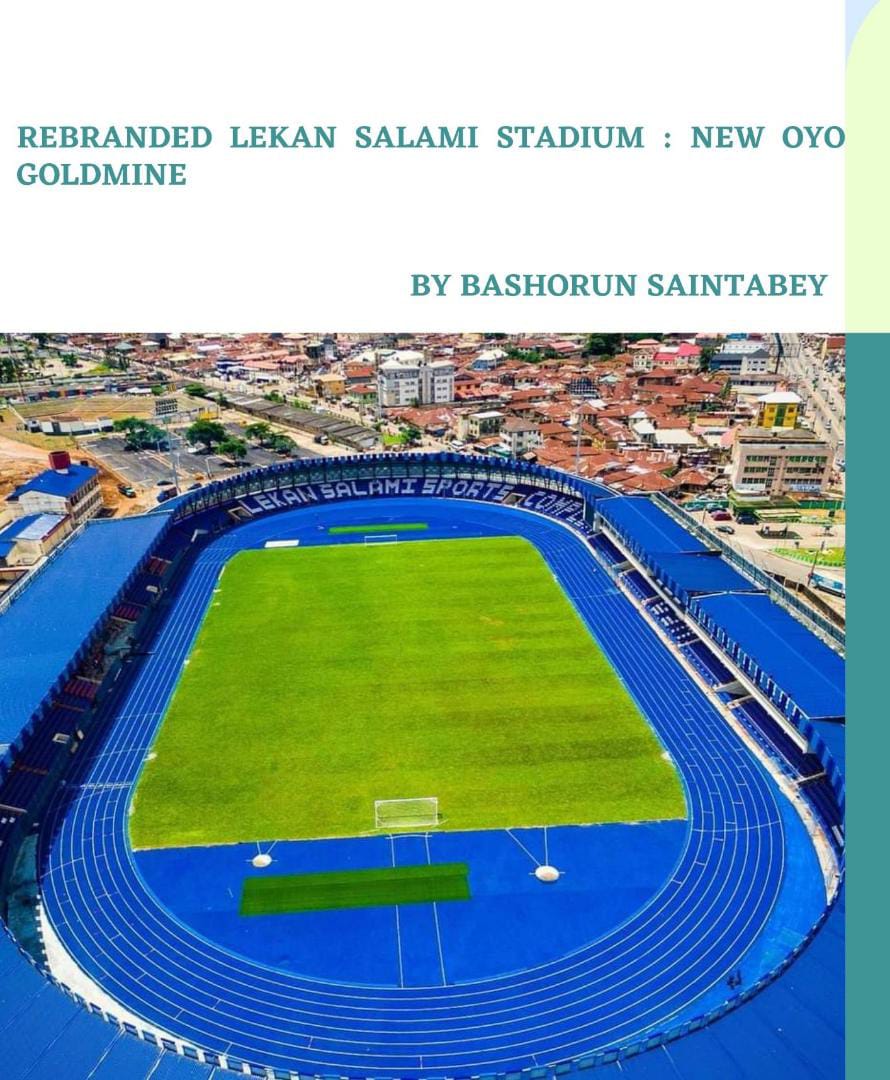 The fragrance of flowers spreads only in the direction of the wind but the act of goodness by a person spreads in all directions and makes positive impacts.

Effect of good governance in Oyo State is as a result of the positive thinking of the Governor of Oyo State. Lekan Salami Stadium is a multipurpose sports facility in the heart of Ibadan, the capital of Oyo State. The renovation work by Governor Seyi Makinde Administration has enhance the architecture value, increase the capacity of the stadium, ensure better development of youth and sports in the state and this will bring more job for the residents of the state.

Governance is about taking tough, unpopular and popular decisions to ensure the growth and development observed in various communities across the area of governence.The renovation of Lekan Salami Stadium has brought much-needed environmental improvements of course, community legacy benefits naturally, as well as business revenue which will create the three-legged model( Youth development, Sports development, revenue improvement to the state) that is needed for a long term sustainable solution in Oyo State.

The renovation process from the planning, engineering, structural repair, rebuilding and finishes shows that the Governor of Oyo has taste and he also crave for the best. The standard of the newly renovated stadium is as equal to the international stadium will have in european nations. The renovation has brought ;
1. New lighting system
2. Improved playing surface
3. Four changing rooms
4. Wet areas
5. Doping control room
6. Improved match official room
7. Youth centre/ball boy room
8. VAR room
9. Standard olympics track lanes
10. 10,000 capacity upgraded football pitch under led floodlights
11. Natural grass
12. Standard clinic
13. CCTV camera to monitor 5km radius to the stadium, gadgets that enable the linking of the stadium to four other stadia at least among other renovations.

The presence of large venue for sporting activities like that of Adamasingba Stadium will bring more revenue for the state and residents of the state will also benefit immeasurably. Residents of the state will benefit as they will be engaged in the area of vendor, ticket sales, entertainment venues and parking facilities.Fundamentally, newly renovated stadium is not considered as a stand-alone sports facility, but as a living, breathing public amenity which will pay its own way in conjunction with surrounding development, and open 360 days per year for the development of the state.

Why We Want Asiwaju Adekola Adeoye As Oyo PDP Factional…

VICTOR OLOJEDE: THE BEST THAT HAS EVER HAPPENED TO OYO…

Lekan Salami Stadium has a better TV and media facilities, fan podcasts, photo-booths
Communication because the audience is very key to success in at the venue. The facilities within the stadium, such as the fan zones, interview rooms, mixed zone, press and media lounges all give an impression of the commitment of Governor Seyi Makinde to development of Youths and Sports in Oyo State. The stadium is natural choice for 5G installations, as live feedback are all facilitated by this technology which indicate that the stadium is a standard one who met all the criteria of international stadium.

The eagle eye of Governor Seyi Makinde will also ensure that the hosting right of international game will increasing the profile of a state leading to lasting economic benefits, as it will also make the pacesetting state to gain greater international acceptance, attracts tourists and business acceptance. The stadium also has significant benefit of long-term investment which comes from preparing for a major event.

The newly renovated stadium attest to the statement of Governor Seyi Makinde that his administration is here to grow Oyo State and to make sure everyone in the beloved state feels the real dividends of democracy and with the right infrastructures Governor Seyi Makinde is putting in place coupled with world class policies, investors will coming in more and this will support the growth of IGR in the state.

VICTOR OLOJEDE: THE BEST THAT HAS EVER HAPPENED TO OYO STUDENTS BY RIDWAN FASASI