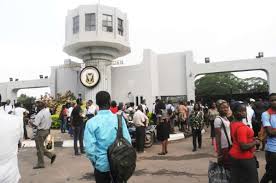 Some three years ago, a plan code-named AGENDA 2020 was hatched. It is to see ADEYINKA ABIDEEN ADERINTO as the 13th Vice Chancellor of the University of Ibadan come 2020. This in itself is a legitimate quest but for the ruthless and desperate ways it is being implemented, even at the expense of the views of the vast majority of members of the community, the sanctity of the Senate and integrity of the entire University of Ibadan. 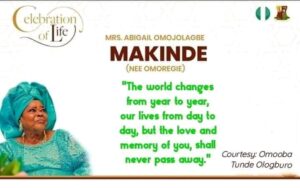 Snippet One
Get a Registrar that will vigorously support and work for the realisation of AGENDA 2020. Their most preferred candidate for Registrar was Mr Tijani Musa, a man with scant reputation in the community. This failed with the emergence of the current Registrar, Mrs. Olubunmi Faluyi, purely on merit as she easily out-performed all the candidates who vied with her for that position. 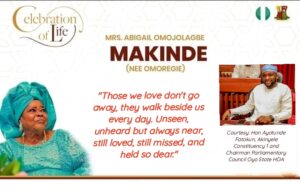 Snippet Two
Get members of the AGENDA 2020 team into the Governing Council of the University as Congregation representatives. Hence, in 2019, Abiodun Rasaki Omisore, one of the foot soldiers of the AGENDA and a rabid unionist, campaigned vigorously for Alfred Jimoh to go into Council as a Non-Academic Staff representative of Congregation. Sadly, this bid also failed. He came a distant third with 261 votes. The winner by a landslide was Charles Taiwo Ayodele Semowo with a total of 627 votes. By this development, the AGENDA to have the duo of Jimoh and Aremu in Council, working for the materialisation of Adeyinka Abideen Aderinto as Vice Chancellor was shipwrecked. 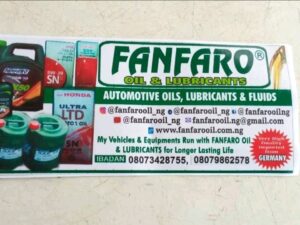 However, all was not completely lost for the AGENDA. One of its generals, Ademola Kabiru Aremu, won as the Academic Staff representative of Congregation in Council. By the way, the election was by electronic voting, conducted by the same team that conducted all elections that have taken place this 2020. There was no complaint about the electronic voting process then. Rather the template was widely acclaimed and applauded by all the stakeholders, including the winners and the losers.

Snippet Three
In July 2020, at the behest of Prof. Adeyinka Abideen Aderinto, the SSANU CHAIRMAN, Adewale Sulaiman Akinremi contested one of the two slots for Congregation on The Search Team for the Appointment of Vice-chancellor. Unfortunately for the AGENDA, he lost the election by a very wide margin, recording only 380 votes. The winner, Dr. Oyeduntan A. Adediran, polled 530 votes.

Snippet Four
There is ample evidence (to be provided at the appropriate time) that advocates of the AGENDA sponsored Prof. Amos Oyesoji Aremu and Prof. Opeyemi Isaac Ajewole to contest the two positions of Senate Representatives on the Selection Board for the Appointment of Vice Chancellor. Senate spoke loud against their mandate as they lost terribly at the election, placing third and fifth, respectively in the keenly contested election where there were nine Professors on the ballot.

Snippet Five
Abiodun Rasaki Omisore, who has an inordinate ambition to succeed his brother and friend, Adewale Sulaiman Akinremi as SSANU-UI Chairman, has, for a long time, been persuading people, including members of the academic staff, that the preferred Vice-Chancellorship candidate of SSANU is Prof Adeyinka Abideen Aderinto. Omisore is challenged to deny his desperation to assume the position of the next SSANU chairman in the University of Ibadan, either by hook or crook.
As a matter fact, when Adeyinka Abideen Aderinto’s tenure as Deputy Vice Chancellor (Academic) was not renewed for a second term, a phenomenon that is not unusual in the University of Ibadan, both Abiodun Rasaki Omisore and Adewale Sulaiman Akinremi vowed to use the machinery of the SSANU to make the University of Ibadan ungovernable for Prof. Abel Idowu Olayinka and it is clear that they have been doing their best in this regard. It could be recalled that in the last 15 years, no less than four other Deputy Vice Chancellors did not have their tenures renewed. Hence, there was nothing unusual about Prof. Aderinto’s case.

Snippet Six
Following from the above, Akinremi, Omisore and Tajudeen Akanji who is their technical adviser and other cohorts have been giving the impression that the non-renewal of Aderinto’s tenure is an unpardonable and unforgettable sin by VC Olayinka. Hence, their determination to simulate a crisis whereby the Governing Council will be dissolved and an Acting Vice Chancellor imposed on the University as was the case in Obafemi Awolowo University (OAU), Ile-Ife, between 2016 and 2017. In their letter to the Council Chairman, they alluded to the OAU and University of Lagos crises, betraying their intention to clone a similar situation in the University of Ibadan. Their ultimate aim is to facilitate the emergence of Aderinto as Vice Chancellor after the expiration of the tenure of their dream Acting Vice Chancellor.
This duo signed a letter to the Chairman of Council, in the name of SSANU, in respect of the on-going process of appointing a Vice Chancellor, without consulting the members and executives of SSANU. Clearly, this is another expression of their desperate commitment to the realisation of their AGENDA.

Snippet Seven
The National Universities Commission were on Campus for meeting of their Governing Board from 27th to 30th September 2020. A former Vice-Chancellor of the University of Ibadan (name withheld) was at the venue of the meeting at the Main Hall of Subomi Balogun Conference Centre on Tuesday 29th September 2020 between 12:30 pm and 2:15 pm with Professor Adeyinka Abideen Aderinto and Prof Abdulrazaq Akin Alada, a former member of the UI Council. The former VC is widely known as the godfather to Aderinto while Prof. Alada is one of the top generals of the AGENDA to install Prof. Aderinto as the 13th Vice Chancellor of the University of Ibadan. You can guess the subject of the high-power lobbying. Well, perhaps this was an exercise of their fundamental human right of free movement and association.

More snippets are on the way … be on the lookout