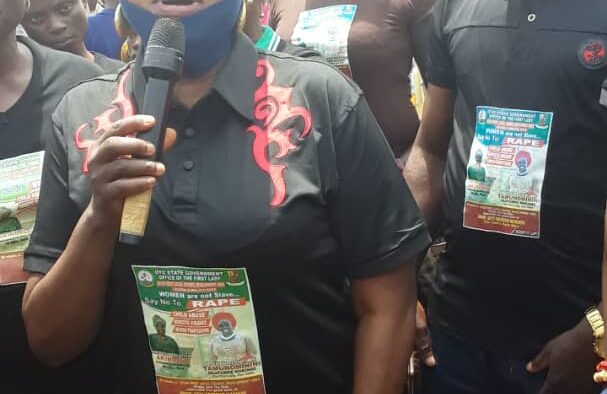 The wife of the Caretaker Chairman Afijio west LCDA Local Government Area Oyo-State, has led sensitization and peaceful rally against rape and rapists in major areas of the local council area. 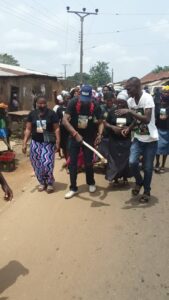 Mrs Bolatito Ojo Akindele, on behalf of Her Excellency, Mrs Tamunominini Makinde, wife of the Executive Governor of Oyo State, expressed worry on the incessant cases of rape in the society describing it as evil, criminal and ungodly.

Mrs Akindele, while addressing people at the event that started at the Local Government annex office at idi igba ilora with the attendance of major women organisation leaders in the Local Government and other places such as, the popular Elekara and ilora market advised mothers to keep proper watch on their children, give them good upbringing, condemn indecent dressing, avoid child abuse through hawking, with a view to curbing the undesirable and anti-social practice. 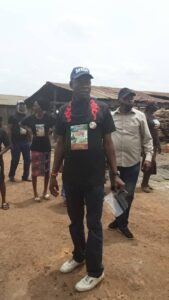 Speaking, Hon. Sunday Akindele Ojo, Caretaker Chairman, Afijio West LCDA Local Government and caretaker committee applaud Gov. Seyi Makinde for the approval given to the office of the first lady of Oyo State to empower Chairperson to hold this peaceful rally in their various local governments areas of the state. He said, the act of rape is ungodly and the present Government of the day frown at it. 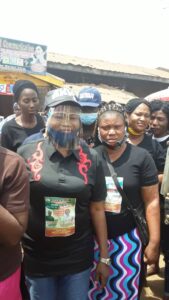