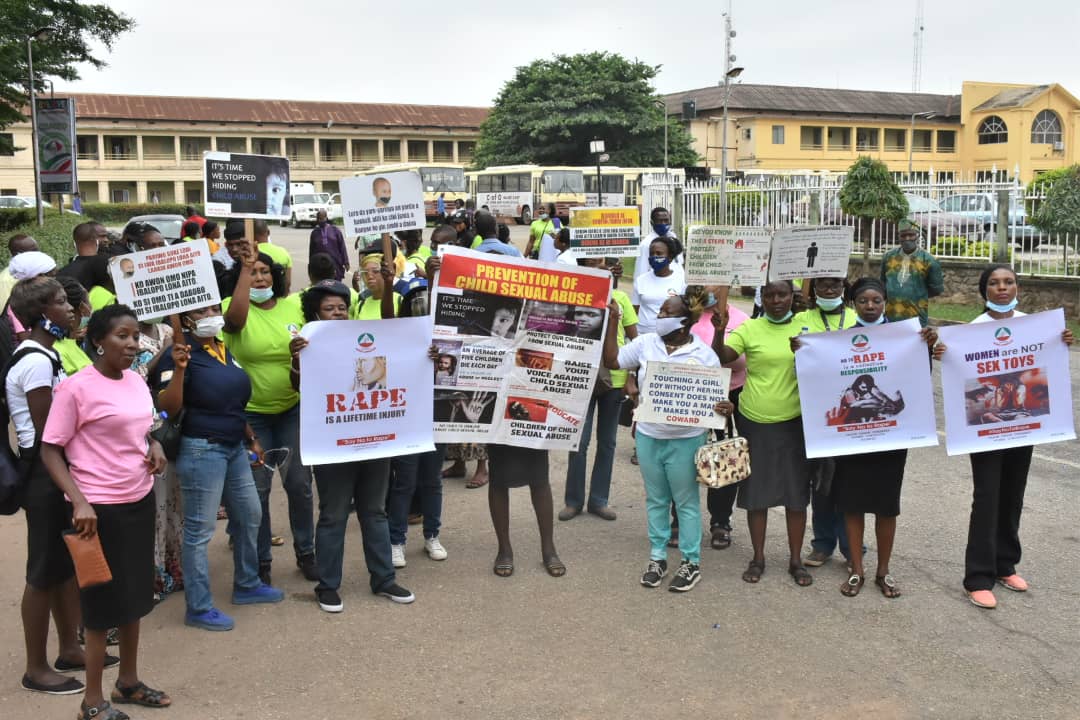 Trade Union Congress (TUC) Women Commission, Oyo State Council, has joined its national body to lend its voice to condemnation of rape across the country.

The Chairperson of the union’s women wing in Oyo State, Ranti Gbenle-Oluwemimo, who led other members of the union on a sensitization rally in Ibadan on Thursday, said the rally became necessary as rape crime has become rampant in the society, calling on government at all levels and other stakeholders to do everything to nip the crime in bud.

She, however, revealed that the union is lobbying National and State Assemblies to ensure quick review of anti rape and domestic violence laws across the country.

While reading the address of the National President of the union, she also revealed that the sensitisation rally was held nationwide to give the issue wider sensitization.

Chairman of the union in the state, Emmanuel Ogundiran and the new NLC chairman counterpart in the state, also joined the rally which took off from the state Secretariat through the First Lady’s Office, Gate, Total Garden and ended at the Governor’s Office.