In a world where achieving a state of sustained joy may seem elusive—even impossible—for many, millions of Jehovah’s Witnesses and their invited guests in some 240 lands will “attend” a global convention this summer with the theme “Always Rejoice” 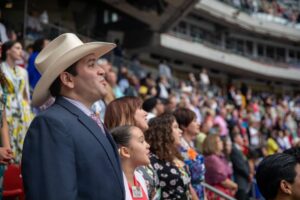 For the first time in their history of holding conventions, Jehovah’s Witnesses have moved this highly anticipated annual event to a streaming platform. Congregations, families, and guests will view the program during July and August 2020. Typically, these conventions are held in stadiums, arenas, conference halls, and smaller gathering places around the world. 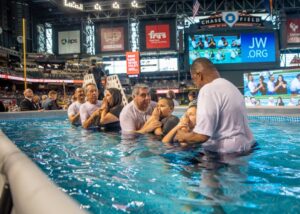 Locally, the convention was scheduled to be held between October 2, 2020 and December 13, 2020 at the Assembly Hall of Jehovah’s Witnesses, near Ejioku in Ibadan, where about 33,000 people were expected to attend. The gathering that is usually given publicity in the media, has annually been a major highlight in spiritual refreshment and encouragement for Jehovah’s Witnesses and their friends. The convention was cancelled in March in response to the COVID-19 pandemic. 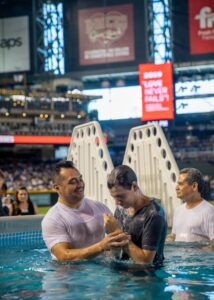 “Our worship is centered on our mutual love for our God and for each other, irrespective of where we are physically,” said Gill Oluwatosin Adekannbi, local spokesman for Jehovah’s Witnesses. “This year’s convention program underscores the unity of our international family and the joy that people can have against a backdrop of stress and despair.”

The two Christian principles guiding the Witnesses’ historic decision are respect for the sanctity of life and love of neighbor. “As much as we long to meet together, life is far too precious to put at risk,” said Gill Adekannbi. “The virtual meetings we have held over the past four months have proved to all of us that it’s not about where we are physically. It’s about where we are spiritually. In many ways we are closer as a spiritual family than ever before.”

The program is to be released in six installments, each corresponding to a morning or afternoon session of what would have been three successive convention days. Many congregations and families will view the first convention session during the weekend of July 11-12.

Congregations have been encouraged to hold a brief spiritual discussion over a videoconferencing platform to open the session and then announce that the convention program can be viewed on JW Broadcasting from the participants’ homes. Arrangements have been made to bring smaller “breakout” groups together at the conclusion of each session to discuss convention highlights. The final weekend of the virtual event is scheduled for August 29-30.

The program explores questions like: What contributes to finding and sustaining joy? How can you cultivate joy in the family? How can you remain joyful in difficult times? A key feature will be a Bible-based drama that considers the life of Nehemiah and how he helped the ancient nation of Israel find joy in their worship of God.

Jehovah’s Witnesses shifted their weekly public meetings to video conferencing and streaming platforms back in early March, closing all local Kingdom Halls to public assembly. Their public in-person ministry has also been temporarily suspended since March with congregants participating in alternative methods of assisting those interested in the Bible’s message.

Share on:
WhatsApp
Previous Article
Video: Leader Of One Million Boys, Ebila Talking Tough Ahead Of The 2019 Gubernatorial Election In Oyo State
Next Article
Trending Video On Inhuman Treatment By a Security Officer Not In Nigeria– IGP