The Caretaker Chairman of Atiba Local Government, Ofa Meta Oyo, Hon. Ibrahim Sulaiman AKINKUNMI has charged residents of Alesinloye/Onida-ide community in Oke Agunpopo area in Oyo to ensure that their environment is kept clean and hygienic to guarantee good health for the community. 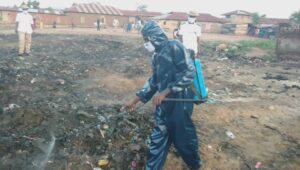 Hon. Akinkunmi stated this during on the spot assessment of on-going evacuation of waste in an illegal dump site at an uncompleted building posing health hazards for the residents. In his words, the local government has played its part and the residents now have the responsibility of ensuring that the site is kept clean all the time. He advised the people of the area to ensure that such indiscriminate disposal of waste is stopped henceforth as government will frown with whoever attempt such unwholesome act again. 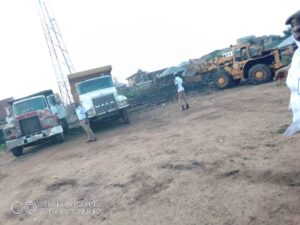 The Council boss maintained that his administration has keyed in to the state government policy of clean environment in Oyo State. According to him, similar exercises had been carried out at Sasaeniyan, Aseeni, Onilu Majasan,Olori Eru,Arikende, Sembe and back of Local Government Secretariat, all in Atiba Local Government Area among others.

Speaking, Director of Environmental Health Services in the local government, Alhaja Hamzat Kafilat Adefunke,who led the Environmental Health Officers to the site explained that with the exercise,outbreak of communicable diseases will be prevented, surface and underground pollution will be averted, rodents/fly infestation controlled and aesthetic beautification of the area enhanced.. 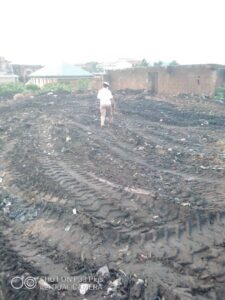 Alhaja Hamzat said that the exercise would not be limited to evacuation alone but will involve fumigation, decontamination and disinfection of the site to ensure that outbreak of communicable diseases is prevented.

Reacting, a community leader in the area, Mr Goke Oladeji appreciated Hon. AKINKUNMI for the evacuation which he said was long overdue. He described him as a responsible and responsive leader. He promised to hold a meeting with the residents in other to prevent ‘re-emergence of dump site in the area. 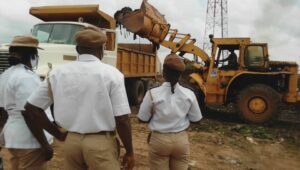