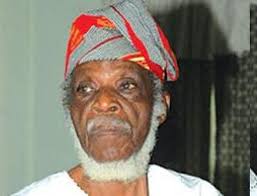 After gruesome murder of the Late Chief Bola Ige, SAN, everything appeared doomed for many promising Youth Organisations in Nigeria that he was mentoring including our AD Youths/ Students Vanguard with its National spread and under my able leadership

As Youth/Student Leader from Obafemi Awolowo University and Arrowhead of the Group, I met him early 2002 through one of our Obafemi Awolowo University Staff Advisers, Dr Bayo Ademodi (now Prof and Commissioner for Regional Integration, Ondo State), Special Adviser to Governor Adefarati on Bitumen and Solid minerals, while searching for the appropriate link with the printed manuscript to make our dream on mass production of the Insight magazine becomes a reality.

It featured the major achievements of the Six Governors of Alliance for Democracy apart from Tributes to Chief Bola Ige titled “A life without Cicero”, Aregbesola: A Commissioner that always receives visitors till 2am in his Office, Agony of Nigerian Students and several Personality interviews across the Nation including that of Alhaji Adamu Ahmed Abdulkadir, the National Chairman of Alliance for Democracy.

As the Vice Chairman, Alliance for Democracy, Southwest Zone, his inputs towards the mass production, formal presentation at House of Chief, Agodi, Ibadan, in December 2002, marking a year after Bola Ige and circulation of this Insight magazine ahead of 2003 general election could not be quantified.

It is on record that the National Secretariat of Alliance for Democracy referred us to the Southwest Governors for adequate funding of the mass production.

Following month, Oyo State hosted it and I was still invited to speak on this project that Yoruba Youths and Yoruba Elders believed it must see the daylight.

2003 General Election was approaching and here was an unfinished beautiful product inside our cooler, which Nigerians must see.

Realising the slogan “Eko for show” Eko for Action”, he took me straight from his end in Osogbo to Governor Bola Ahmed Tinubu Independent Campaign Office at Aromire, by Allen Avenue and we were lucky to be received by Asiwaju Aide, Mr Niyi Idowu, who sourced for N250, 000 (valued about N5m today) personally for production to commence immediately, before any other things could follow.

At the beginning, he was doubtful of my credibility as a Student Unionist on one hand and from Obafemi Awolowo University, Ile – Ife, on the other hand but shortly after our meeting, he thanked God Almighty, for our Union till he breathed his last on Wednesday, 29th July, 2020.

God used me miraculously to play a foundational role in making sure that Gen Muhammadu Buhari, (Rtd) paid him a condolence visit over the demise of his caring Wife, Chief (Mrs) Felicia Fasanmi, in 2014, and the visit lifted his spirit up and was widely reported by the mass Media.

He told the visiting General that he was so sure that he was shaking the hand of the incoming President of Nigeria come next year that day in 2014, and all of us said a big Amen.

From Osun Government House, the visiting General was led to his House in mercyland junction, Osogbo, by Ogbeni Rauf Aregbesola, Executive Governor of the State of Osun and the team members of these two political Giants really made a good visiting number. “There is power in number”.

He was always glad seeing me doing great things politically while he lived, most especially timely replacement of my old car which he had been praying for over the years but surprisingly, God answered his prayer on this through the support of good people across Nigeria just three week to his death.

I visited him upper Wednesday with this car without knowing that that would be our last meeting on Earth.

Sensing the home calling, his prayer then to God was to allow him clock exactly 95 years by September 27, but said behold, time up my Son.

Unknowingly to many, God answered your prayer because Ayo Fasanmi, 1925 – 2020, equals to exactly 95 years. No Jubiter can change this.

Replacement of my old car was the last honour the Nation did to you while you were still alive and I am sure your spirit will be glad on Tuesday seeing me attending your burial rite in Iye – Ekiti, Ekiti State, all the way from Ibadan or Lagos with this new car.