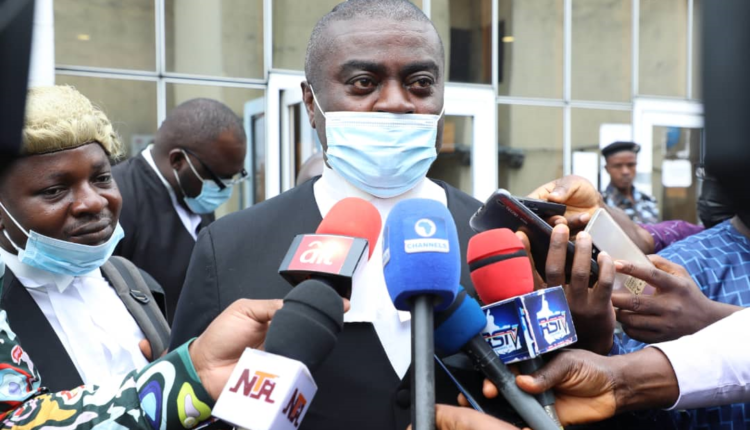 A Federal High Court sitting in Port Harcourt has dismissed an application by the Federal Inland Revenue Service (FIRS) seeking to stop the Rivers State Government from collecting Value Added Tax (VAT) in the state.

The Court held that the Rivers State government law on VAT remains valid until it has been set aside by a court of competent jurisdiction.

The FIRS in suit no FHC/PH/CS/149/2020 had through a motion on notice applied for a Stay of Execution on the earlier judgement of the court presided over by Justice Stephen Dalyop Pam, that declared that it was the constitutional role of state governments to collect VAT and not FIRS.
Justice Pam, in his ruling, said granting the application would negate the principle of equity.

He noted that the Rivers State Government through the State Assembly has duly enacted Rivers State Value Added Tax No. 4, 2021, which makes it a legitimate right of the state to collect VAT.

According to the judge, every court in the country is constitutionally mandated to obey every legislation enacted by both the National and State Assembly respectively.

Justice Pam stated that since FIRS was ab initio acting in error by collecting VAT in Rivers State, and has a huge burden of refund of those monies, there was need not to allow it to incur further liability.
The judge declared that the FIRS application is refused and dismissed in light of the fact that all subsisting law concerning the collection of VAT stands in favour of the Rivers State Government.

Earlier, Justice Pam had read a letter that FIRS lawyers had served the court seeking for the stay of any ruling on their application.

But, in the absence of any requisite document that ought to have been attached to the letter, the judge dismissed the letter.

Speaking on the implication of the ruling, the counsel for Rivers State Government, Mark Agwu said the state government is still entitled to collect VAT within the state.

“Today, the court has delivered its ruling dismissing the said application for stay of execution, though without cost. In fact, the court’s reason is that if it should grant a stay, it is more or less like overruling itself.

“And then, since the court is empowered to recognize all laws enacted by the National Assembly or the State Houses of Assembly, therefore, that law (Rivers) stands, it is a substantive law.

“Therefore, the issue of collection of VAT as it stands today, Rivers State Government is still entitled to so collect. That is where we are today,” Agwu said.
In his reaction, Rivers State Commissioner for Finance, Budget and Economic Planning, Isaac Kamalu said the decision by the Lordship has confirmed the position, both constitutionally and legally, that Rivers State has the authority to collect Value Added Tax (VAT).

“Well, first we need to thank God. Second, we need to thank the judge for the courage. If you recall, the court has already declared that it is the Rivers State Government that has the constitutional responsibility for the collection of Value Added Tax.

“Following that decision of the High Court, which is binding on all parties and institutions, the Rivers State Government and the State Legislature has the Value Added Tax Law of Rivers State No. 4 of 2021 in force too.”

“I think the decision by the Lordship this morning is to confirm the position, both constitutionally and legally that the state has the authority to collect Value Added Tax (VAT).”

Lead counsel to FIRS, Reuben Wanogho, said the court has delivered its ruling on the basis of how it saw the facts of the case before it.

According to him, they do not agree with the ruling and already resolved to take all necessary steps to challenge it.