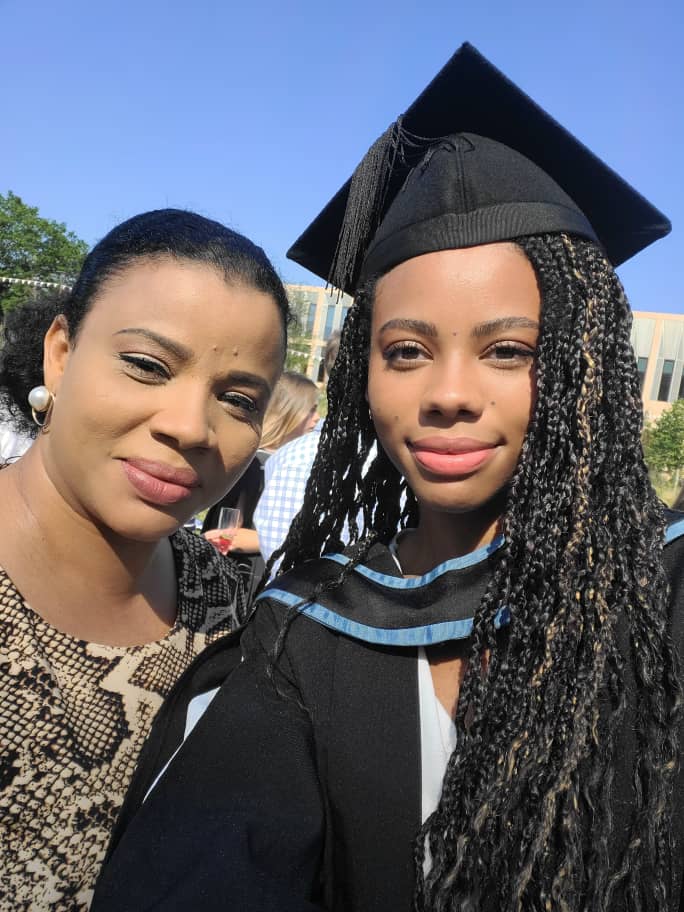 The daughter of former Super Eagles goalkeeper, Abiodun Baruwa and Hon. Bolanle Sarumi Aliyu (BASA), has graduated with First Class Honours in Archaeology and Anthropology in the University of Birmingham, United Kingdom.

Aimee Takiat Tinuola Baruwa, the latest graduate in the family, was born on March 26th, 2000 in Graz Austria. 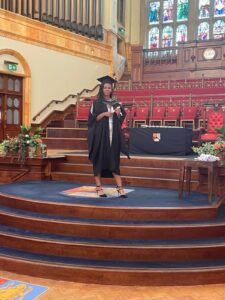 She had some of her Primary and Secondary education in Abuja at Lead British International School before attending College and University in the United Kingdom.

The mother, Hon. Bolanle Sarumi Aliyu (BASA), is a daughter of the late Ibadan politician, Ali Balogun Sarumi, who represented Ibadan North Federal Constituency between 1999 and 2003.

Nigerians In Diaspora are Not Criminals – Akande…

She had her primary and secondary school education in Ibadan, the Oyo State capital, before proceeding to the United Kingdom, where she earned various certifications in Social Work and Welfare, Psychology and Sociology.

She is also the founder of Childhood Bridge International Initiative and BASA Foundation, both of which are non-governmental and non-profit making organisations.

However, the father, Abiodun Baruwa, was part of the Nigerian team, which won the 1996 Olympic gold medal. 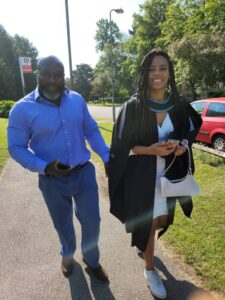 He played for Kano Pillars, Shooting Stars, Sturm Graz, Dagenham & Redbridge and Hornchurch, among others, before his retirement from professional football in 2005.

Diaspora Committee Congratulates Nigerian-Americans Elected into US Academy of…