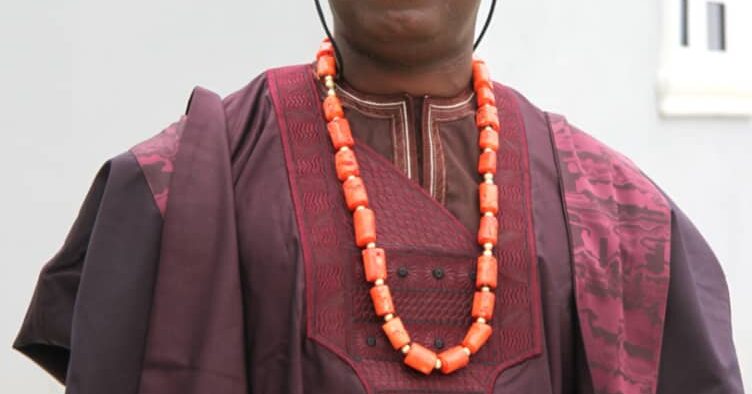 In the past couple of years, the name Dotun Sanusi has consistently been reverberating on the lips of people in Oyo State. The name which has held the media space by the jugular has been the one behind several groundbreaking events in Oyo State. Ironically Dotun Sanusi is an Engineer who graduated from the department Petroleum Engineering, University of Ibadan. Having worked for over two decades as an enterpreneur in Port Harcourt, River State where he injected billions of naira into the economy of the state through his investments, Engr. Dotun Sanusi finally in 2010 returned to Ibadan, his home town, much to the delight of family members and friends when he established ICAST Schools’ (Institute of College of Arts, Science and Technology), in Elebu area of Ibadan, Oyo State. He has since established Ilaji Farms, an agric business enterprise and Ilaji Hotels and Sports Resort, a multi-billion naira hospitality cum sporting outfit.

The latter has turned out to be the ones the Muslims would refer to as ‘Akehindegbegbon’ (One who arrived last but has occupied the first seat) as the company has brought into fore the ingenuity of Engr. Dotun Sanusi. You need not reach Ilaji Hotels and Sports Resort to know that God has richly blessed Dotun Sanusi in terms of naira and kobo; through the company, Engr. Dotun Sanusi has shown that he is miles apart from his multi-billionnaire peers who would rather have their businesses established in the city where they can, within short period of time, make returns on the money they have invested. But for Dotun Sanusi who is passionate about community development, any wealth accumulated without a relative commensurate to human development is useless. Engr. Dotun Sanusi as much as he works hard to earn his fortunes also take delight in spending it as much as it will be for the benefit of all and sundry especially the downtrodden.

Chief Dotun Sanusi through his strategic investments has made nonsense of the insinuation that dealing in oil and gas business automatically confers some fortunes on the person. The establishment of Ilaji Hotels and Sports Resort is a testament of the ingenuity of Chief Sanusi’s business acumen and his strategic planning’s skills. Through a single investment, Ilaji Hotels and Sports Resort, Chief Sanusi has been able to bring about a turn around fortunes of Ona-Ara Local Government.

The council which was just three years ago, one of the poorest local governments in Oyo State is now an emerging industrialised local government in the Pace-Setter’s state.
It is just a matter of time before the council overtakes Oluyole and Ibadan Southwest local governments, the two richest local governments in Oyo State.
That Chief Dotun Sanusi is humble (despite his wealth) and loves giving is not a news anymore. What people may not know yet is the depth of the rich mind of the Mogaji of Olugbade’s family, Oja’aba, Ibadan.
Chief Sanusi, through his rich mind has been able to reform some youths who were once seen as irredeemable. Some of them he has gone ahead to offer them employment opportunities and having seen that rascality and criminality give nothing but untimely demise of dreams have been living tbeir lives in conformity with societal values and ideals.
How would you describe a boss who upon receiving his multi-million naira car (Rollce Royce) parked his cleaning staff into the car and drove them personally to Olorunsogo from the Resort, a distance of over 30 minutes driving. His business acumen has reared its head again as he has been able to show that the investment some of his peers believes will take years to survive has now become the number one tourist center in Oyo State and in SouthWest (minus Lagos State).
One thing you can’t take away from the Otun-Apesinola of Ibadanland is his unrivaled strategic planning unmatched projections. Chief Dotun Sanusi is not only rich in terms of naira ane kobo bur also rich in mind. Chief Sanusi is the only investor i know that furnishes his employees business ideas, the very functions he hired them to do. Backed by a loving and prayerful wife, Chief (Deaconess) who holds forth the home front and a philantropist and an enterprising mother, Madam Muslimot Sanusi of blessed memory, nature had desitined Chief Dotun Sanusi for greatness which is the reason he was blessed with the two most important women in any man’s life.
For those who care to know, it is not by sheer coincidence that Chief Dotun Sanusi is a birthday mate of Ooni of Ife, Oba Ogunwusi Adeyeye, it is because greatness begets greatness and that like Oba Adeyeye, Chief Dotun Sanusi is a child of destiny whose journey so far had been predestined by the nature for the transformation of fortunes of his people.

Hazeez Ayansola is the Corporate Affairs and Media Manager of Ilaji Hotels and Sports Resort.