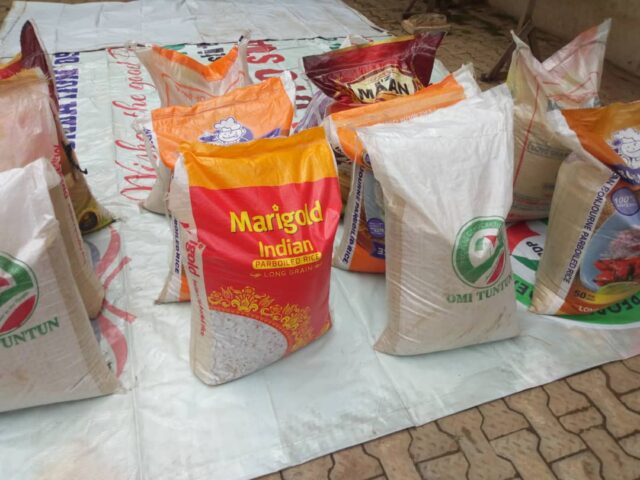 The leader of Late Hon Olatoye Sugar Political Dynasty, Member of the Board of Oyo State Broadcasting Corporation of Oyo State (BCOS) and a renowned Peoples Democratic Party (PDP) stalwart in Lagelu Local Government Area of Oyo State, Hon Olajide Olatoye ‘Big Daddy’ has extended warm greetings and felicitations to Muslims across Oyo State on the celebration of Eidel Kabir festivity. He specially extended his greetings to the Executive Governor of Oyo State, Engr Seyi Makinde on his sterling performances in the state and especially for extending Sallah Gifts to Pace Setters at the grassroot because of the current economic challenges people are facing across the country and payment of July Salary to civil servants in the state which has multiple chain reactions on the current festivity mood in the state. 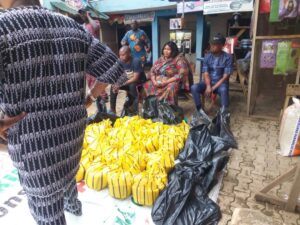 This is commendable and remarkable as previous governments would not have been ordinarily bothered on how commoners celebrate this kind of big festivity at a period like this when people could hardly put food on their tables due to bad policies and leadership of yester years in the country.
Please recall that Hon Jide Olatoye also joined the state Governor in his magnanimity to support Muslims in Oyo Central Senatorial District with cash gifts, Sallah Rams and several food items earlier in the week. 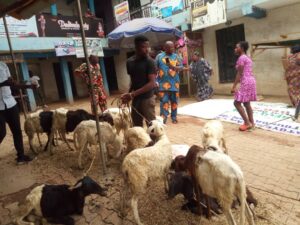 The PDP stalwart led members of Olatoye Sugar Memorial Foundation (OSMF) to distribute cash, clothing materials, food items and Rams to people in Lagelu-Akinyele, Oyo and Egbeda-Ona Ara Federal Constituencies of Oyo State to aid good celebration by the downtrodden in the spirit of the foundation’s progenitor, Late Hon (Dr) Olatoye Temitope Sugar.
Beneficiaries of this gesture extended their appreciation to Hon Olajide Olatoye and OSMF for the laudable support given at this critical period. They also prayed for the repose of the soul of Late Hon Olatoye Sugar who was a philanthropist to a fault during his lifetime and was missed so much as his home would have been a Mecca of sort during festivities like this. 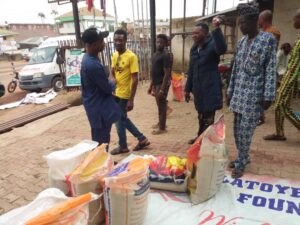 While thanking the attendees, Hon Olatoye implored good people of Oyo State to massively register in the ongoing Permanent Voters Registration exercise by the Independent Electoral Commission (INEC) which is a civic duty and the great weapon to elect good people in government. He also urged Nigerians to join the Peoples Democratic Party which is a good alternative to APC’s misrule at the federal level. 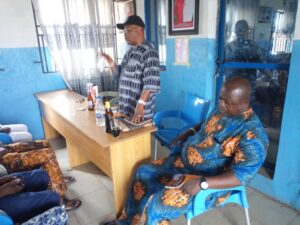 The Vice Chairman of Lagelu Local Government, Hon Abiodun Badmus also thanked Hon Jide Olatoye and OSMFfor the good deed. He later enjoined Muslims to celebrate moderately, continue to live harmoniously with other faiths in the state while imploring them to inculcate the lessons of obedience, faith and tolerance exhibited by Prophet Ibrahim during and after this festivity.