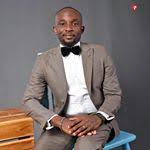 The Lawmaker representing Akinyele Constituency 1 at the Oyo State House of Assembly, Hon Ayotunde Fatokun has doled out cash support for the victim of EndSARS protest at Ojoo, Akinyele Local Government.

The victim whose identity was not disclosed to GOAL POACHER NEWS correspondent was reportedly hit by stray bullet on Tuesday.

The victim is a resident of ward 8 which falls under Akinyele Constituency 2 but Fatokun said he wasn’t bothered whether he is from his constituency or not but what matters is that he is from Akinyele.
He added that everybody must rally round the victim to ensure he lives.

The Peoples Democratic Party ward 8 secretary, Wale Kareem who doubles as the Babaloja of Sasa Market posted the effort of Hon Ayotunde Fatokun on his WhatsApp group. It reads:
Hon. Ayo Fatokun representing Akinyele constituency 1 out of his magnanimity dole out cash support to the victim of Endsars protest in Ojo

On behalf of the good people of Akinyele and ward 08 in particular, we appreciate your kind gesture toward one of us, we pray that may God Almighty take you to higher and better status.