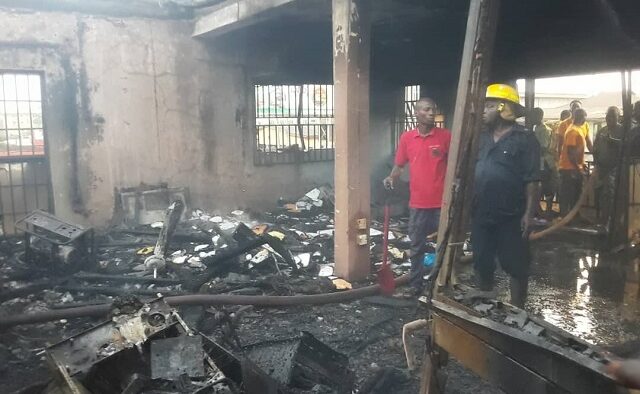 According to PMPARROT, The fire incident, which reportedly started around 5:30pm on Saturday, was allegedly triggered by electricity restored by Ibadan Electricity Distribution Company (IBEDC).

According to an eye witness, Olaitan Ige, reports that the fire started at the fire alarm point at the complex before spreading to the studio, belonging to a popular radio presenter, Babatunde Olaniyi (Ti O Common) and eventually to the Redeemed Church of God, Cannan Land Assembly, Oyo Province 3, where instruments and other items running into millions of naira were razed to ashes.

It took the intervention of the state’s fire fighters to put off the fire before it spread to other facilities in the plaza which housed the office of the owner of the plaza.