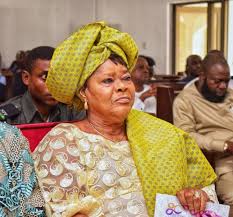 Following the receipt of the information on the demise of Governor Makinde’s mother, Mrs Abigael, workers and political functionaries are currently on a mournful mood.

Though, the news has not yet been confirmed by the State Government but sources close to the Governor have expressed sadness over the death of the Governor’s mother.

Attempt to speak with the Chief Press Secretary to the Governor, Taiwo Adisa proved abortive as his line was not reachable.

Share on:
WhatsApp
Previous Article
Alaafin is an Encyclopedia of Culture,Tradition of The Entire Yoruba Race- Tegbe
Next Article
Family Confirms Makinde’s Mother’s Death at 81