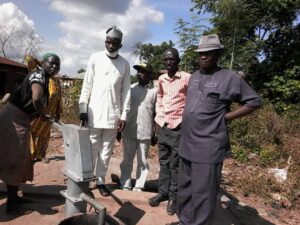 He used the opportunity to inspect different projects which cut across all the wards in Akinyele Central. Some of the projects inspected were a motorized borehole at Olomitutu ward 9, 6 rooms toilet and ablution center at Moniya central mosque, a borehole at sawmill area Moniya, Solar street lights in 5 different streets at Moniya in ward 5, an ongoing borehole at Molarere ward 11 and another ongoing borehole at kaninke ward 10 of Akinyele local government while the Quarry and asphalt plant in Ijaye was also inspected.
During the inspection. 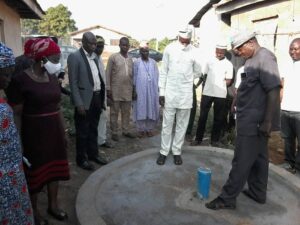 The Chairman lauded governor Makinde for all the Good work being carried out in the State especially Akinyele local government and for giving him the opportunity to serve his people. He also used the opportunity to meet the Manager of the Quarry and asphalt company where he discussed about the unemployed youths in the local government and how they can be employed by the company. 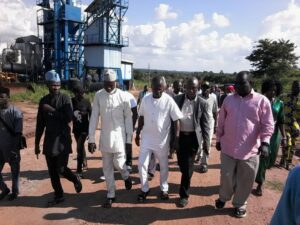 The Chairman later promised that all the projects inspected would be commissioned early next month. 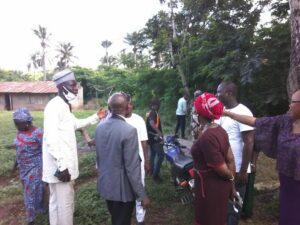