The Lagos State Governorship Candidate of the People’s Democratic Party (PDP), Mr. Jimi Agbaje, has said no one would force him to quit the party.

He attributed insinuations that he had dumped PDP to mischief-makers determined to soil his reputation, provoke crisis within the party and dampen the spirit of party members and his supporters.

In a statement by his Director of Media and Publicity, Felix Oboagwina, Agbaje denied jumping ship, saying, PDP remained his party.

“I have never discussed with anyone any plan to dump PDP, neither has such a prospect crossed my mind” he maintained. “There is no reason for it. It is uncalled for.”

He vowed to remain in the party, despite the campaign of calumny being waged against him in the media by a few leaders.

The PDP flag-bearer said he only on Monday released a message encouraging members to rise above the questionable defeats suffered in the last election and maintain faith in the party, and that it would be contradictory for him to suddenly turn tail and flee the same party.

“For a party that has twice accorded me the honour of running on its platform, I should be regarded as uncharitable to say I am abandoning PDP now,” Agbaje submitted.

According to him, recent vituperations in the Press and social media against his person and his role in the last election were the machinations of political featherweights and did not warrant any response. 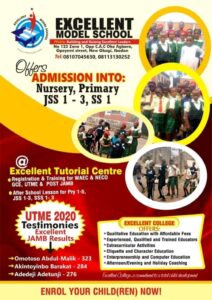 Agbaje said: “Suffice to say that Chief Layi Ogunbambi’s claim of being denied funds as Director-General of Atiku Abubakar Presidential Campaign Council in Lagos State amounted to attempting to build something on nothing. For starters, the position he lays claim gives him no locus standi as no such formal position existed in the entire campaign structure of PDP in Lagos or any of the other 35 states.”

Reacting to Ogunbanmbi’s angst, Agbaje pointed out that the man who paraded himself as the DG of the Atiku/Obi Presidential Campaign Council, had his wife, Mrs. Oluwatoyin Ogunbambi, contesting as gubernatorial candidate in Lagos State against PDP on another party platform!!Serious Conflict of Interest.

“I, as the gubernatorial candidate of the party in Lagos, was Chairman of the PDP Presidential Campaign in Lagos. Mr. Leke Osikoya was the State Campaign Director. The national body recognised and related with us accordingly. The title of Director General was reserved for the national campaign council. If there was an Atiku/Obi Presidential Campaign it would have, at best, been a Support Group.

“I was not given one kobo by the party or the PDP Presidential Candidate for the gubernatorial elections. We ran our campaign from beginning to end on a shoe-string budget. You cannot steal or divert what is not given,” he said.

According to him, resources sent for the Presidential and National Assembly elections were disbursed as per instructions received, and the source had shown satisfaction with the exercise.

All the fuss stems from the from the fact that, contrary to the Lagos PDP tradition of sharing money to leaders, Agbaje disbursed funds direct to candidates, as instructed.

His words: “The era of taking a share of what is not ours must stop in our party. The bitterness is from those who find it difficult to believe that money can be channelled without a ‘cut’ being taken. Leaders must lead by example.”

Responding to a former Lagos PDP Chairman, Captain Tunde Shelle, who had accused him of failing to run an inclusive campaign, Agbaje accused him of approaching equity with his questionable records in office.

He said: “That this former Chairman of the party in Lagos state can accuse anyone of mismanagement of funds baffles me. He so mismanaged party funds during his tenor that he ‘forgot’ to keep money aside to pay several years’ rent for the party secretariat! Funds to run rallies in the 20 LGAs during the 2015 campaigns were not forthcoming from the party under this chairman. His ignoble role can never beforgotten. His recent statement confirms that he obviously supported another party candidate for the gubernatorial elections.”

Dismissing other allegations raised against him, Agbaje pointed out that he relinquished the management of his firm, Jaykay Pharmacy Ltd. in 2005 into the post of non-executive Chairman. Notwithstanding, neither he nor the company handled any contract from any State or Federal Government. He is not a government contractor.

He also denied being a mole for APC or its National Leader, Asiwaju Bola Ahmed Tinubu, both of whom, he said, suffered from the butt of his campaign.

His words: “My campaigns have been very clear on where the blame of bad governance in Lagos State should lie. It baffles me how the same people I hold responsible for the bondage we find ourselves in Lagos will be funding me to sabotage my party, PDP. I have never collected a single kobo from the ruling party in Lagos State directly or indirectly nor from its leadership or representatives.”

Charging Dr. Dominic with anti-party activities, Agbaje said the man confessed, at an open meeting of leaders, to having worked for another candidate at the polls.

“It is an open secret that a few party leaders took a position not to support my candidature after my victory at the party primary elections. Their song was, ‘Vote Atiku in and forget Jimi Agbaje’,” he recalled.

“Those party leaders who stood on the sidelines or worked against the party in the elections should not be fooled that the loss at the elections was as a result of their negative actions. They should not arrogate to themselves powers they do not have. The elections were lost due to the intimidation of people which in turn led to voter apathy such that Lagos recorded the lowest percentage turnout in the country”.

In the final analysis, it would be foolhardy for any individual or party to write off PDP as a sinking ship, especially in view of the credibility crisis and falsification of results that largely characterised the last elections in places where the party supposedly suffered defeat nationwide.

“PDP remains Nigeria and Lagos State’s best option to the perfidy, corruption and impunity characterising governance today,” Agbaje said. “We have strong hope that some of the wrongs against the party at all levels will be corrected by the tribunals. Truth will prevail.”