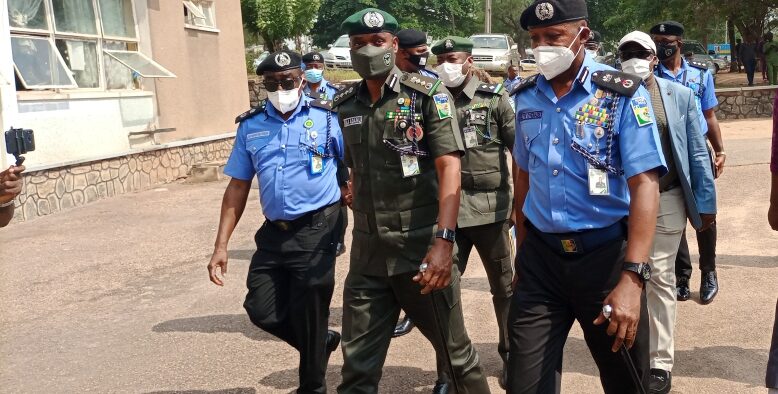 The Inspector-General of Police, IGP Mohammed Adamu, has warned that nobody would henceforth, trample on the rights of the officers and men of the Nigeria police force and go scot-free.

IGP Adamu gave the warning on Thursday when he visited the Oyo state police command, Eleyele, Ibadan to boost the morale of the police officers and charged them to return to their various duty posts.

IGP Adamu while addressing the punching arms of the force, reminded them that the firearms which they carry about are not meant for decoration, rather, they are meant to protect Nigerians as well as themselves.

The IGP who disclosed that the federal government has embarked on police reform and intervention programs hinted that President Muhammadu Buhari has approved the upgrade of the salaries of the officers and men of the Nigeria police force, while the police officers on retirement have been captured on health insurance scheme.

He, however, maintained that the families of the gallant officers who lost their lives during the wake of the Endsars protest would be compensated and look after.

In a similar vein, the Oyo state commissioner of police, CP Joe Enwonwu, paraded 30 suspected criminal elements who were arrested in connection with the gruesome murder of six policemen during the crisis of the Endsars protest in the state.

He, however, noted that the heads of the two policemen burnt into ashes and cutaway for ritual purposes have been recovered from an herbalist identified as Oladipupo Korede.