JUST IN: Makinde Rolls Out Plans to Avert Impending Floods

JUST IN: Makinde Rolls Out Plans to Avert Impending Floods

Oyo state government has rolled out some precautionary tips to guide against flooding as a result of the impending downpours.

GOALPOACHER NEWS reports that the Nigeria Hydrological Services Agency (NIHSA) and the Nigerian Meteorological Agency (NiMet) had predicted that some local government areas in Oyo would experience flooding this year.

In its efforts at preventing flooding in the prone areas and other places in the state; the Secretary to the
State Government (SSG), Mrs Olubanwo Adeosun, while briefing newsmen, on Wednesday, charged residents of the state, to take the precautionary tips/measures seriously. 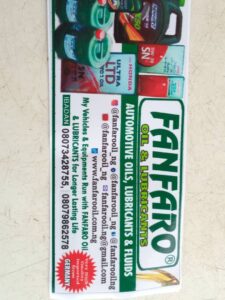 Adeosun said “We are required now, more than ever before, to clear our surrounding and street drain channels.

She further admonished the general public to take necessary precautions during heavy rainfall or in the event of flooding.

She admonished people living in houses built along floodplains to relocate to safer places.

“Also people should avoid the use of low bridges and coverts when the rain is persistent and should avoid staying under high tension electricity installations whenever there is rainfall.” the SSG urged.

She further stated that Makinde administration cares about the safety of the lives and property of citizens/residents of the state, therefore, would not want them to suffer avoidable losses.

Speaking on other flood risk mitigating measures that the state has taken; Adeosun said highly capacious ultra-modern hydraulic structures have been constructed at 17 different locations in Ibadan metropolis.

She added that recent rehabilitation of the 78 year-old Eleyele Dam, was aimed at averting failure of the dam, which had contributed to the devastating flooding on Aug 26, 2011.

She further explained that processing of the proposed channelisation of major rivers and water channels in Ibadan under the Ibadan Urban Flood Management Project(IUFMP) scheme was at an advanced stage.

She also said that sensitisation and awareness campaign was ongoing across the state, especially in flood prone local government areas, to intimate the residents on the danger of flooding and the need to take precautions.