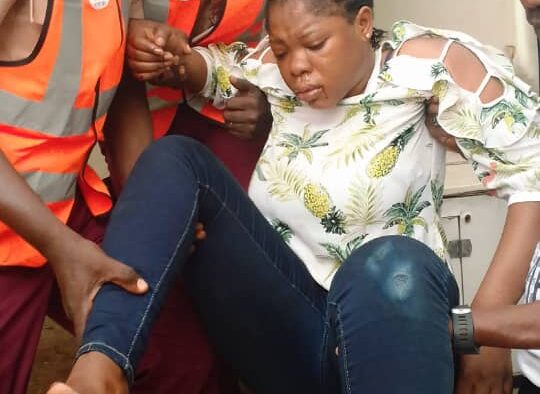 The crash, preliminary investigations revealed was caused by reckless and impatient driving on the part of the motorcycle riders which led to an unfortunate head-on collision of the motorcycles thereby inflicting serious injuries on the part of the single female passenger who after the first-aid treatment by the OYRTMA rescue team was immediately taken to a nearby hospital near Sango, Ibadan.

You would recall that in an effort to reduce motorcycle-related crashes to its barest minimum in Oyo State, OYRTMA under the leadership of Mogaji (Dr.) Akin Fagbemi the Executive Chairman had begun enforcement of the Operation One Passenger Policy as well as continuous safety advocacy programs on several platforms to educate the riders on practicable ways of eliminating road crashes across the State.

In like manner, the Executive Governor of Oyo State, His Excellency Governor Seyi Makinde had in 2019 approved the procurement of a standard Ambulance to further aid operations of the Agency’s Rescue Operations. This had tremendously assisted the rescue team to safe lives of over 168 accident victims across the State.

We implore residents of the State to contact the agency on the following platforms in case of any emergency situation relating to road /traffic management as vigilance of everyone connotes safety for all, negligence of anyone portends danger for all.