Makinde a Proactive Governor, Deserves to be Rallied Round For Another Term- Prince Bayo Adeyemi

Makinde a Proactive Governor, Deserves to be Rallied Round For Another Term- Prince Bayo Adeyemi 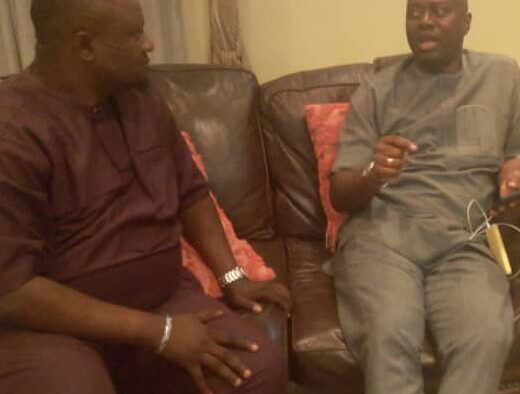 The Chairman, Oyo State Local Government Pensions Board has lauded the Proactiveness  of Oyo State Governor,  Seyi Makinde on his leadership approach to lead the state to her greater limelights since he assumed the office as the number one citizen of Oyo state. This was disclosed when he accompanied the Governor to BCOS Live Programme alongside other board chairmen at Orita Bashorun, Ibadan, the capital of Oyo state on Saturday 19th, 2021.

The 2019 candidate of the People Democratic Party for Oyo federal constituency described Gov Seyi Makinde as a proactive Governor who deserves to be rallied round for another tenure with his unprecedented developmental strides he has been doing for the betterment of Oyo state.

“Leadership is the ability to translate useful vision into its reality. The people of Oyo state are so lucky to have an enigmatic Governor like Engr Seyi Makinde leading the state with various measures of leadership substance across the board.” Prince Bayo said. He stressed further that the Governor has introduced a lot of pro masses agenda that have touched the lives of the people of the state positively since the time of his emergence.

The head of the Oyo State Local Government Staff Pensions Board reassured the people of Oyo federal constituency and the state at large the unbeatable commitment and unwavering support of the government through the ongoing dividends of democracy across the 33 local government areas of the state.