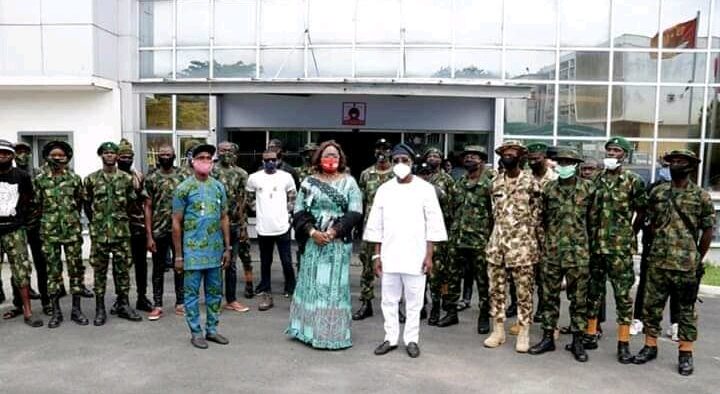 While hosting the young soldiers on behalf of the governor, Seyi Makinde, the Deputy Governor, Rauf Olaniyan urged the gallant soldiers to make Oyo State proud in the discharge of their duties while serving their fatherland. 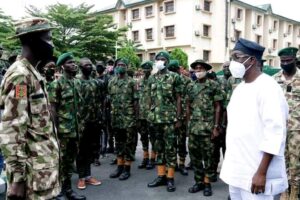 In his remark, Ajao Musa who led team to the Governor’s Office, Agodi, said, “it was a thing of joy for him to have led the team of the young officers of the Nigerian Army to meet with the state Governor.”

“We came to express our profound gratitude to his Excellency, Seyi Makinde for the support received by the 79RRI while they were preparing for the training.” 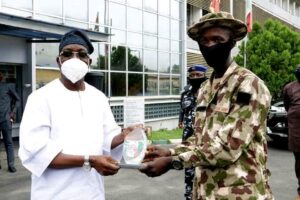 The 79RRI Team however presented a Merit Award to Governor Seyi Makinde.