Makinde Says No Zone Will Be Neglected

Makinde Says No Zone Will Be Neglected

Oyo State Governor Seyi Makinde has vowed that no region in the state will be deprived or denied enjoying the wave of socio economic development currently spreading around the state.

The Governor spoke through the commissioner for Local Government and Chieftaincy Matter, Mrs Funmilayo Orisadeyi in Iseyin, Oke Ogun axis of the state during the commissioning of some projects facilitated by the Transition Committee Chairman, Iseyin South Local Council Development Area (LCDA), Mr Raheem Ajibola (FM). 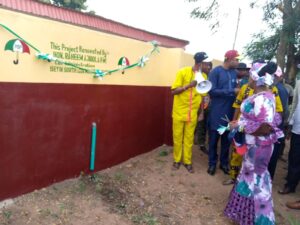 According to the Commissioner, Iseyin as well as the entire Oke Ogun region will continue to occupy a special place in the scheme of development because of its status as the food basket of the state.

She added that the Ibadan-Iseyin road as well as the Iseyin-Ogbomosho road amongst other key projects in the region were indications of concern of the government for the zone and region at large. 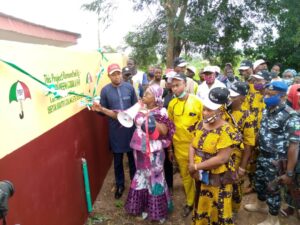 Speaking earlier, the Chairman, Iseyin South LCDA, Mr Ajibola, popularly called FM said despite the paucity of funds within the first six months of his administration, he was able to record some achievements in terms of meeting the urgent needs of the people of his constituents.

He called on the beneficiaries of the various projects commissioned to ensure good use in terms of ownership and maintenance while also assuring residents who are yet to benefit of government commitment to reaching out to them soon. 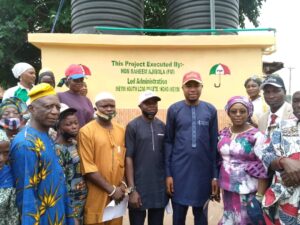 Some of the projects commissioned include, provision of motorized boreholes, construction of public toilet facilities, trailer park, free tutorial classes and rehabilitation of several feeder roads amongst others in different parts of the council areas.

Ajibola also at the event while reiterating the commitment of the Governor Makinde led-administration to developing the state, Iseyin and Oke Ogun axis in particular, urged the people to be alive to their civic duties by paying their taxes, rates and fees promptly to boost the government capacity to deliver on its promises. 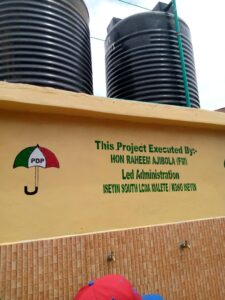 Also, in a remark, a former chairman of Iseyin local government, Mr Saidi Alaran who was at the ceremony commended the government at both the state and local government level for the various efforts at impacting on the people.

While assuring the government of the support of the people, he urged the Governor Makinde led administration to see to the speedy completion of various ongoing road projects in the region, including the Moniya-Iseyin, Iseyin-Oyo and Iseyin-Ogbomosho roads, adding that completing the roads will write the name of the Governor in gold in the region.