The Oyo State Government says it has set up its environmental task force with the view to curbing environmental nuisance and indiscriminate dumping of refuse in the state. This was disclosed by the permanent Secretary, Ministry of Environment, Dr Bashir Olanrewaju at a press briefing held at the Governor’s Office Agodi, Ibadan on Monday. 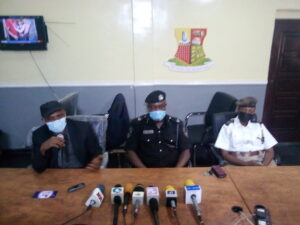 He disclosed that the task force would be chaired by Assistant Commissioner of Police, Francis Ojomo. “My assignment here today is to introduce to you our critical partners in this business of ensuring that our people have attitudinal change towards the way we maintain our environment.”

Speaking further, Bashir said, “you will agree with me that virtually on daily basis, our people abuse the environment, this has had negative effects on our health and other aspects of our lives. This task force is another step initiated by His Excellency, Governor Seyi Makinde towards achieving a neat and decent environment and very soon, we will launch a new solid waste architecture, but this is just a step towards it, it is an OPERATION ZERO TOLERANCE FOR FILTH and we are starting the mobilization today.”

The Permanent Secretary however said culprits would be arrested day and night, “the essence is not punitive, we are not interested in sending people to prison or fining people, that’s not what informed this, it is not the principle of the foundation. The essence is to ensure that we maintain a healthy population so that our people can spend less if they are to spend at all in the hospitals, we want a clean environment that is friendly and attractive to investors.”

He concluded that persuasion and strict enforcement would be adopted and however declined comment on the amount to be by defaulters,saying the judgement of the court would determine the fine to be paid by such individual.

Speaking at a the press conference, the chairman of the new Environmental Task Force, ACP Francis Ojomo said the need for the task force was necessitated by the manners and approach the people have towards our environment.

“It is very important if you want to have healthy living, this era of global warming and climate change, there is need for us be very careful the way we handle our environment, we are seeing series of disasters orchestrated by change in climate.”
“One of the major reasons responsible is the non-challant attitude of our people in the cause of disposing their waste. “So the task force as been put together to assist in the maintenance of orderliness and preservation of our environment.” 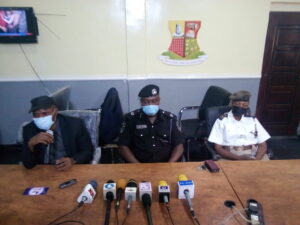 ACP Ojomo assures Governor Makinde that the task force will deliver as expected of them. He appeal to the public that henceforth, everybody should he mindful of they way he or she manages waste. He added that whoever is apprehended would be made to face the wrath of the law and there would not be room for negotiation for soft landing.