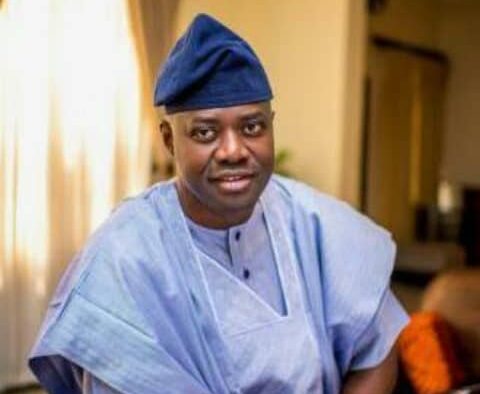 Oyo State Governor, Seyi Makinde has Solicited the support of the Federal Ministry of Mines and Steels to curb the activities of illegal Miners in the state.

The Governor stated this while receiving the Minister of Mines and Steel Development, Arch Olamilekan Adegbite at Government House, Agodi, Ibadan.

Governor Makinde in his remark noted that effective collaboration between the federal ministry of Mines and Steel development and the state government, illegal mining will be reduced to the barest minimum.

The Governor explained that his administration is working all round to boost the economy of the state and bring much needed development to the state through provision of basic and Infrastructural amenities.

The Minister of Mines and Steel development Arch Olamilekan Adegbite,said the essence of the visit to Oyo state is to spread the gospel of mining all over Nigeria.

He said federal government under President Muhammadu Buhari is working assiduously to the diversification of the economy especially through Agriculture and mining sector.

Both the Governor and the Minister discussed extensively on how to use mining to generate revenue for Government at all levels.

They also discussed on the proposed establishment germ stones in Ibadan for economic development of the state through mining.