My Administration Will be Fair to all Religious Beliefs- Makinde

My Administration Will be Fair to all Religious Beliefs- Makinde 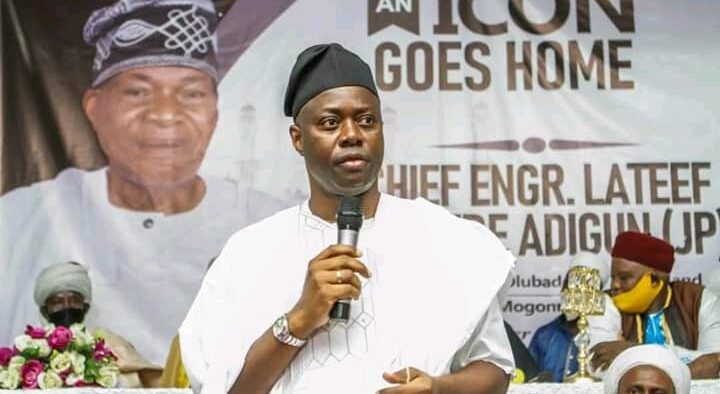 GOVERNOR Seyi Makinde of Oyo State, weekend, reiterated the commitment of his administration to be fair to all, irrespective of religious affiliations.

The governor gave the assurance, during the 8-day fidau prayer at the residence of an Ibadan business mogul, Chief(Engr.) Olalere Adigun, who died and buried last week.

Reacting to the statement credited to a Nigerian Islamic human rights association, the Muslim Rights Concern (MURIC), on marginalisation of Muslims, Makinde affirmed that his administration would be fair to, whether Christian or a Muslim.

He said further: “One of the lessons I learnt from Baba Lere Adigun was religious tolerance. We came in as a government, surely our tenure will end one day. But during my government, we will do what is expected of us as a government, whether you are a Christian or a Muslim, irrespective of any religious affiliation. We will be fair to all.”

The governor, equally, appealed to the state citizenry to contribute their quota to the socio-economic development of the state, while he said, he welcomes constructive criticisms from people on how his government could record more achievements.

While extolling the virtues of late Chief Adigun, the governor said he was confident that with the good works the deceased had done while he was alive, his memory would continue to linger in their hearts.

“This is the second time in about one week I will be speaking on the demise of late Baba Adigun. I believe I have gone over the shock, because Baba was no more with us. I have taken solace in God. Someone we love will always remain in our hearts.”

”I am confident that with the good legacies Baba left behind, Baba will continue to live in our hearts,” Makinde said.

Earlier in his sermon, a renowned Islamic scholar, Sheik Ramon Eleshinmeta, charged children of late Chief Adigun to uphold the good legacies their father left behind.

He recalled that the deceased lived Hus life for the service of Almighty Allah and humanity, adding that the only way to immortalise him was for the children to emulate his principles in their dealings with fellow humans.

The fidau had in attendance, the state’s deputy governor, Engr. Rauf Olaniyan; the Chief of Staff to the Governor, Chief Bisi Ilaka, top government functionaries, among other notable people from different walks of life.