The newly installed Onifanbo of Ogbooro, Oba Adegboye has commended the Oyo State Road Transport Management Authority for the good and reinvigorated works been executed on major highways, market squares and other densely populated areas of the Saki, Oke-Ogun areas of the State.

The commendation was contained in a speech delivered by the revered Monarch during his installation as the new Onifanbo of Ogbooro Kingdom held yesterday in Ogbooro, Oyo State. 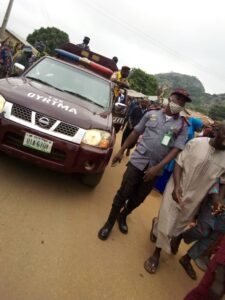 In his words, the Oba said “we must commend OYRTMA for the tremendous efforts they are putting in to ensure the free flow of vehicular movement within and around Saki and the entire Oke-Ogun zone. This singular act has significantly helped to boost our economic activities, created several direct and indirect jobs to our teeming youths and enhanced the ease of doing businesses around the zone.

While this kind of impart is rare or hardly felt in this zone, we appreciate Governor Seyi Makinde for doing the needful which has been long overdue in revitalizing and expanding the operational zones of the Road Management Agency”, he concluded. 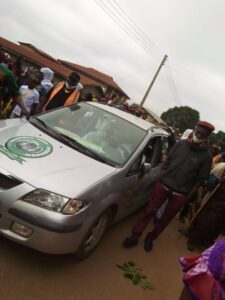 It would be recalled that OYRTMA under the present administration led by Governor Seyi Makinde has expanded its Operational Zones from only three (3) functioning since inception in 2009 to thirty-four (34) in order to cover the Oke-Ogun, Saki, Ibarapa among other zones in the State.

Share on:
WhatsApp
Previous Article
Oyo Will Partner Investors to Develop Tourist Centres to Global Standard- Board Chair
Next Article
Interview: I am Despondent About What Nigeria Has Become From 1975 Till Date– Olutunde Oni