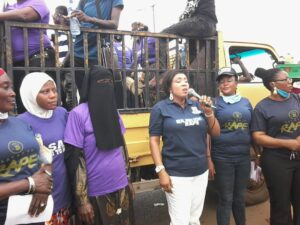 With the theme, “SAY NO TO RAPE”  Mrs Ajarat Adejumoke Jimoh , on behalf of Her Excellency, Mrs Tamunominini Makinde, wife of the Executive Governor of Oyo State, expressed dissatisfaction with the incessant cases of rape in the society describing it as evil, criminal and ungodly. She said there’s need for collective and collaborative efforts to stem the ugly tide. 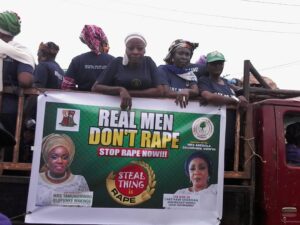 Speaking, Hon. Taoreed Adedigba Jimoh , Caretaker Chairman of Akinyele Local Government maintained that the issue of rape cannot be treated with levity as it assumes a dangerous dimension demanding urgent attention. In his words, “we have to rise up and condemn the dastardly act which is wicked, barbaric and socially unacceptable”, he stressed. 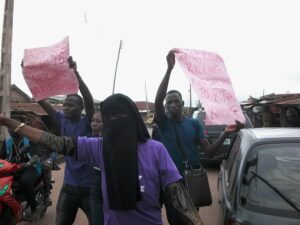 Hon. Taoreed Adedigba Jimoh used the opportunity to inform the people to call 615 toll-free if they need help or contact the local government for legal assistance for victims. According to him, there’s need to say something if they see something as keeping silent will not help matters.

Reacting Mrs Funmi Bakare (Akinyele PDP women leader ), described the campaign as timely and important, saying people are now aware of ways of prevention and measures to take in case of occurrence. She commended the efforts of Her Excellency, Mrs Tamunominini Makinde and wives of the Caretaker Chairmen in Akinyele Local Government, Mrs Ajarat Adejumoke Jimoh, Mrs Adebola Ogunrinde Odofin and Mrs Hammed Kehinde Kangara for their collective efforts on the campaign against rape. 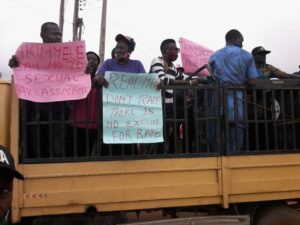