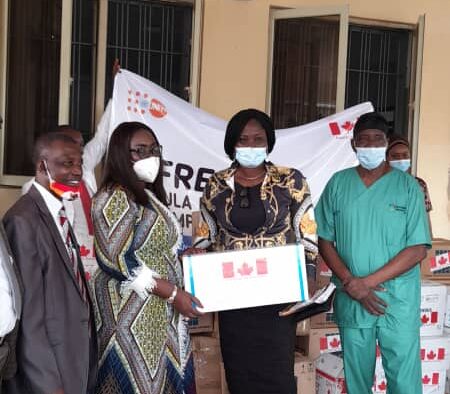 The executive governor of the state, Engineer Seyi Makinde, stated this while flagging off Free Vesico Vaginal Fistula Repair Program in the state.

The Governor, who spoke through the Secretary to the State Government, Mrs. Olubamiwo Adeosun, at the event held at Jericho Nursing Home, Ibadan, said his administration would not relent in promoting policies and programs that will address health challenges confronting all and sundry.

He maintained that the healthcare intervention program which is free and assessable to the grassroots will be sustained by his administration.

Governor Seyi Makinde while flagging off a five-day free Vesico Vaginal Fistula Repair program (VVF) in the state, noted that the program is aimed at ensuring obstetric fistula patients awaiting surgery in the state enjoy normal life after reproduction.

According to the governor, the free VVF program, supported by the Federal Ministry of Health, Fistula Foundation of Nigeria, United Nation Population Fund ( UNEPA), and other international bodies, is a continuation of the delivery of qualitative health care to the people of the state and neighboring states.

Governor Makinde, who maintained that the program would contribute immensely to the economic development of women and families in the state, noted that the state of maternal and child care remains a determinant in assessing the performance of the health sector of any nation.

A vesicovaginal fistula is an abnormal opening that forms between the bladder and the wall of the vagina. A fistula can be a complication after vaginal or bladder surgery. And the only way to repair this opening is through surgery, which is very often successful.