The Executive Chairman of Oyo State Universal Basic Education Board (SUBEB), Dr. Nureni Adeniran, has hinted that, there might be need to engage legally, contractors handling SUBEB/UBEC projects of past years who have either abandoned or have not done works commensurable with the funds they have received to do the needful.

Adeniran, gave the hint on Thursday, while featuring on a live private Ibadan-based radio Fresh FM, where he further explained that board would recruit security guards to secure public primary schools.

He added that the plan would help to prevent intrusion, invasion and vandalisation of public primary school property in the state. 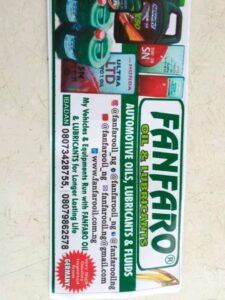 While pointing out that some public primary schools fences would be built and dilapidated fences would also be rebuilt and the funds would be generated be from UBEC 2019 Intervention Funds, Adeniran added that the board has a good synergy with all the relevant security agencies that would assist in securing the property of the public schools.

The SUBEB boss spoke further: “Out of five model schools awarded this year, four of them have been completed and the fifth one is near completion.”

“I need to inform you that, the education family which includes the Honorable Commissioner for Education, the Teaching Service Commission, the Oyo SUBEB Chairman and other relevant stakeholders in the state education sector are developing a holistic and comprehensive approach to resolve the problem of inadequate infrastructures in public schools in the state.”

“The Board will still recruit more teachers so as to fill the deficit in number of available teachers in the state,” he noted.