As part of effort by the Oyo State Government to ensure clean and healthy environment, the Oyo Waste Management Authority led by the chairman, Prince Seun Moronfolu Adelore was on environmental sanitation monitoring exercise this Saturday morning to some major parts of Ibadan. 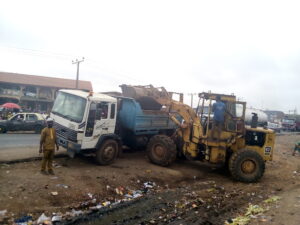 While speaking with GOALPOACHER NEWS correspondent after the exercise,Prince Adelore said the agency would embark on another round of subtle enforcement with the view to complementing the efforts of the environmental task force. 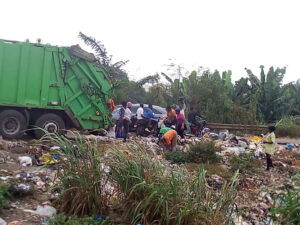 Speaking further Adelore said one of the causative factors of flooding is improper, indiscriminate waste disposal noting that his agency would work in collaboration with Ibadan Urban Flood Management to avert impending flood in the state.
He however said the team set up would embark on a advocacy and sensitisation programme on proper waste disposal. According to him, “One of the major causative factors is the improper and indiscriminate disposal of waste. We will embark on sensitisation and advocacy and other enlightenment programs to ensure we attain the clean and green environment.” 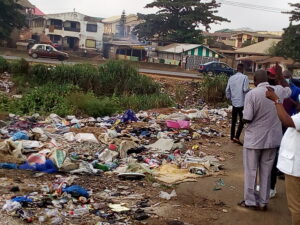 “PSP has already been put in place now, so nobody will have excuse of not having a drum or not having a PSP to come and pack their refuse. Everything is being put in place, there won’t be any excuse on the part of the entire citizenry, we are doing everything to ensure everybody complies. By the special grace of God we will not experience any flooding in our dear state.”

The environmental sanitation exercise was supervised by board members of the agency drawn from all the zones of the state, Task Force among others.