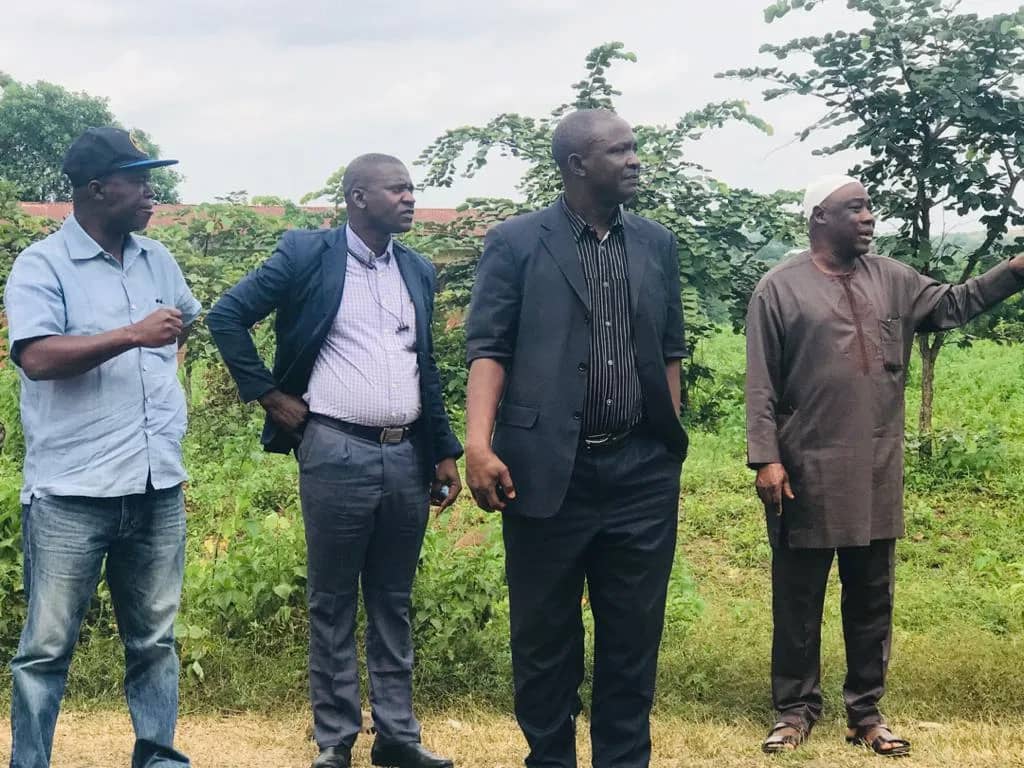 In a move to reclaim its land across the state, the Oyo State Housing Corporation on Thursday inspected its land in Iganna, Okeho, Okaka and Iseyin in the Oke Ogun Area of the state. 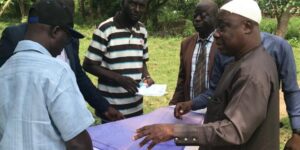 While speaking during the inspection, the Chairman of the Corporation, Barrister Bayo Lawal decried the level of encroachment into the land in Iganna and Okeho. He met with the Local Government and Local Council Development Caretaker Chairmen and traditional rulers and urged them to support the Housing Corporation in its move to resuscitate the estate in their various domain.

He also commended the Olokaka of Okaka land, Oba AbdulAzeez Olatunji Ayoola Gbadegunte 1 and the people of Okaka for not not encroaching the corporation land.
[15/08, 10:07 pm] D GOAL POACHER: He said “This is another effort at reclaiming our lands, Housing Corporation land across Oyo state. We discovered that a lot of our people have encroached into Housing Corporation land across the zones of Oyo state. Our effort this time around is to focus on Oke Ogun. We started yesterday, we have been to Iganna, we discovered that substantial part of our land has been encroached upon and we engage the Local Government Chairman who promised to do something about it. We have been to Okeho. We discovered that part of our land has been encroached upon. We also engaged the Local Government Chairman who promised to look into it. As a matter of fact, we found out that some of our allottees have started building in Okeho, which is a good development. 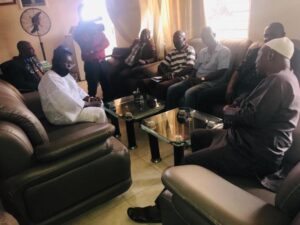 “We have been to Okaka. Okaka parcel of land belonging to Oyo Housing Corporation is intact. We commended our royal father, Olokaka of Okaka and the original owners of the land who decided not to encroach upon the land.
[15/08, 10:07 pm] D GOAL POACHER: The Kisi-born legal practitioner assured the people of the state that something concrete will be done this time around on the land to show that the corporation means business.

“Today we started in Iseyin. Generally, the land is intact but the reason why we are moving around is to sensitive our people about the need to cooperate with Housing Corporation with a view to developing our estates. We do not have sufficient fund to go round but if our people show interest. We can partner and source for developers, to develop our estates across the state. We need to emphasise that the parcels of land that we are visiting, inspecting have been acquired by Chief Bola Ige’s administration about fourty years now. But substantial they are still intact. We want to do something concrete this time around by showing that the Housing Corporation of Oyo state means business in terms of development.

“We have engaged our locals to key into Housing development in Oyo state. The era of one man holding is going. It’s the era of Housing estate development, which is what we are doing right now. You will discover that there are no two ways to it. Everywhere in the world, the concept is mass production of houses and that’s the purpose for which we set out and God’s grace, we will achieve our purpose.”

Speaking differently in their offices, the caretaker chairman of Iganna LCDA, Hon Jacob Olayiwola Adeleke and Okeho local government, Hon Ojo Bolaji Akintola assured the corporation of their supports in reclaiming the land.