Appointing Technocrat as SSG is a Disservice to Our Polity- Oyo PDP Chieftain, Laments

Appointing Technocrat as SSG is a Disservice to Our Polity- Oyo PDP Chieftain, Laments 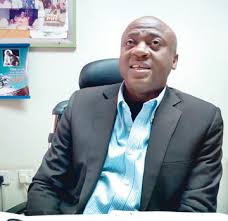 A chieftain of the ruling party in Oyo State, Engr Femi Babalola has kicked against the norm of appointing technocrats to manage sensitive political offices.

The Peoples Democratic Party stalwart disclosed this on Fresh FM Political Circuit anchored by Isaac Brown at the weekend.

Engr Babalola cited the administrations of Lam Adesina of a blessed memory, Rasheed Ladoja and Alao Akala who all appointed politicians as the Secretary to the State Government. Chief Michael Koleoso, Oloye Sarafadeen Alli and Chief Olakojo respectively noting that they all performed well while in office.

Engr Babalola who was a guber aspirant in 2019 stressed that SSG is a sensitive position that should be handled by politicians who understand local politics and can easily identify competent party members who worked effortlessly for the emergence of any ruling party.

Speaking further, Femi Babalola spoke against bringing in people who didn’t work on the field for the success of a political party to serve as SSG, commissioners when the government is finally inaugurated.

Findings by GOAL POACHER NEWS correspondent reveals that Engr Femi Babalola’s line of thought may not be unconnected with Makinde’s administration that appointed Olubamiwo Adeosun who is not a politician as his SSG.