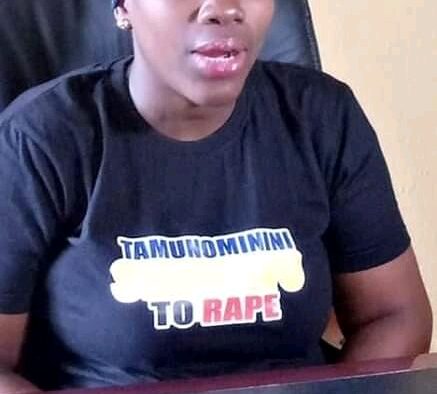 Mrs Halimat Olubukola Ibrahim, wife of the Caretaker Chairman of Atiba Local Government, Oyo, has taken the campaign against rape to the nook and cranny of the local government area. 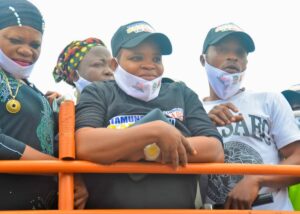 With the theme, “SAY NO TO RAPE” Mrs Ibrahim, on behalf of Her Excellency, Mrs Tamunominini Makinde, wife of the Executive Governor of Oyo State, expressed dissatisfaction with the incessant cases of rape in the society describing it as evil, criminal and ungodly. She said there’s need for collective and collaborative efforts to stem the ugly tide. 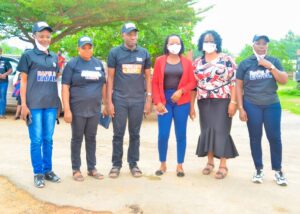 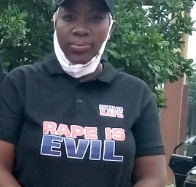 Speaking, Hon Ibrahim Sulaiman Akinkunmi, Caretaker Chairman of Atiba Local Government maintained that the issue of rape cannot be treated with levity as it assumes a dangerous dimension demanding urgent attention. In his words, “we have to rise up and condemn the dastardly act which is wicked, barbaric and socially unacceptable”, he stressed.

Hon. Ibrahim Akinkunmi used the opportunity to inform the people to call 615 if they need help or contact the local government for legal assistance for victims. According to him, there’s need to say something if they see something as keeping silent will not help matters.

Reacting, Pastor (Mrs) Jewel Davies, from Peace Wonderful Women of Impact, a Non-Governmental Organization (NGO), described the campaign as timely and important, saying people are now aware of ways of prevention and measures to take incase of occurrence. She commended the efforts of Her Excellency, Mrs Tamunominini Makinde and wife of the Caretaker Chairman of Atiba Local Government, Mrs Ibrahim Halimat Olubukola for their collective efforts on the campaign against rape. 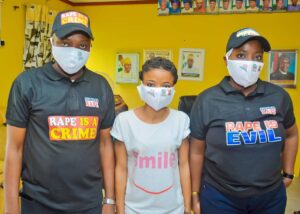 Share on:
WhatsApp
Previous Article
OPINION:One Year After, Meet Some Aides Of Governor Makinde And Their Achievements (PART ONE)
Next Article
Oyo Assembly Summons Contractors Over N14bn Abandoned Water Projects By Previous Administration