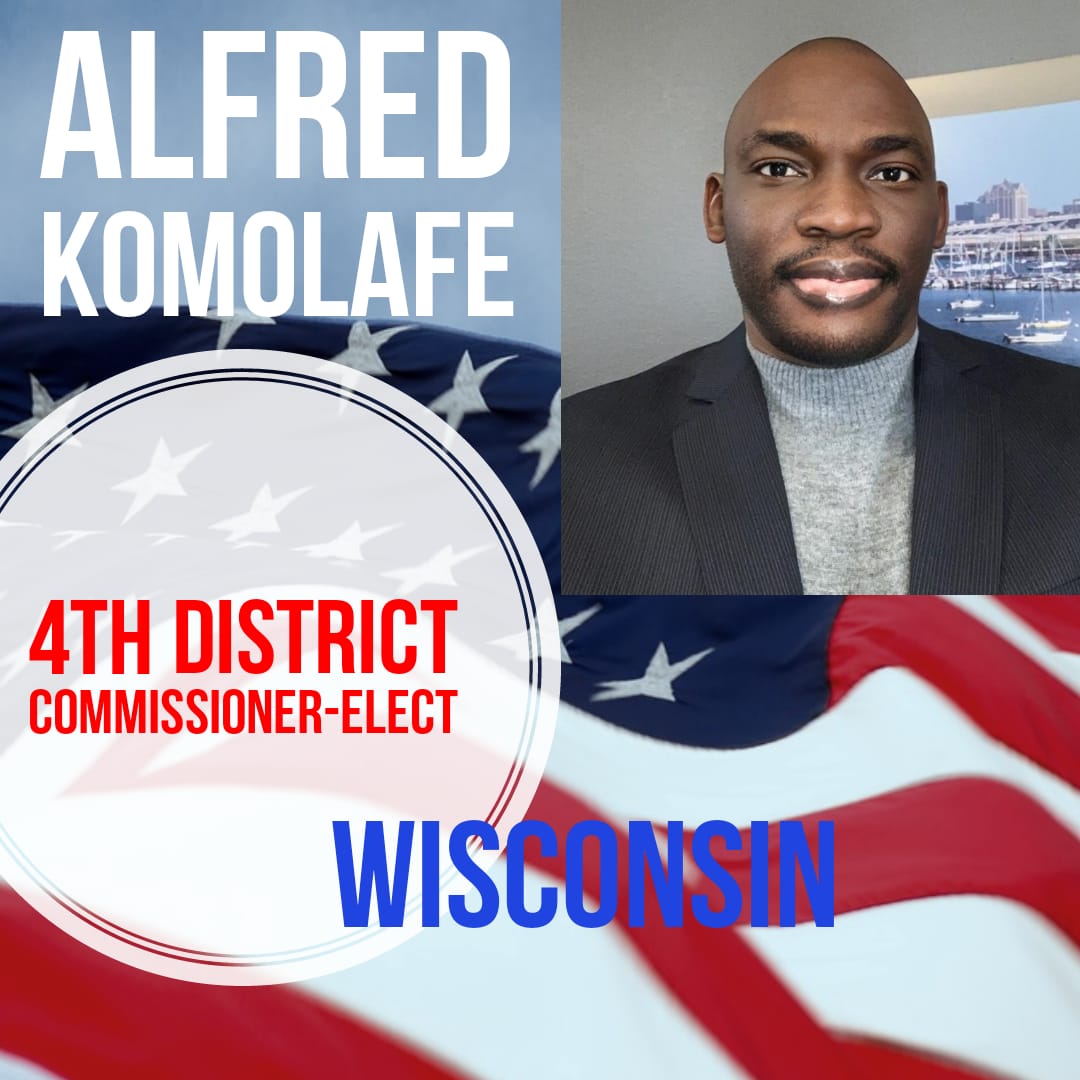 Hon Dare Adeleke’s congratulatory message to Alfred was contained in a statement signed by him and made available to GOALPOACHER NEWS.

He said Mr Alfred’s victory was hard-earned but well-deserved.

The Peoples Democratic Party stalwart in the Southwest explained that by emerging victorious, Mr Komolafe proved that “hard work and dedication to duty pay.”

He pointed out that he was not surprised by Mr Komolafe’s victory because his resilience, dedication, doggedness contributed to his success despite his young age.

He, however urged other Nigerians, Oyo State citizens in the diaspora to imitate Komolafe’s feat and strive to excel in their pursuits as “hard work is the key to success,” while urging them also to continue to demonstrate the spirit of resilience and setting the pace which Oyo is known for. Adeleke concluded.

Alfred Komolafe was born and raised in Lagos, Nigeria. He is an indigene of Oyo State. He migrated to the United States in July 2005. Alfred currently works for the County of Milwaukee as a Senior Buyer. In this role, he performs professional and technical purchasing for County agencies, approves purchase orders, analyze requisitions for discretionary purchases, and make vendor recommendations.

Nigerians In Diaspora are Not Criminals – Akande…

Alfred obtained bachelor’s and master’s degrees in Political Science with a concentration in Practical Politics from the University of Illinois at Springfield. He earned honor’s designation as an undergraduate and a Whitney Young Fellow throughout his graduate studies. He is currently a doctoral researcher at Liberty University, Virginia.

Alfred is active in U.S. State’s politics and well experienced in State government administration. His most recent appointment was under the leadership of former Governor Pat Quinn, where he served as a Senior Public Service Administrator at Illinois Department of Central Management Services between 2011 and 2015. In this role, he oversaw contract procurement activities which entailed negotiating, approving, and signing over $500 million in state contracts annually. During his service, Alfred was instrumental in contract negotiations that resulted in savings of more than $10 million annually to the State of Illinois. He also helped to secure long term employment opportunities for people working in qualified nonprofit agencies, by encouraging state agencies to purchase products and services produced and provided by persons with significant disabilities.

Alfred is currently the Acting Chairman of Wisconsin branch of PDP USA. He was also involved with Omititun Initiative in the Diaspora (OID), an interest group that worked tirelessly for the 2019 victory of Gov. Seyi Makinde. He flew in couple of times to Nigeria during the campaign specifically for OID programs.

Alfred strongly believes in advocacy in the areas of education, human rights, transparency, youth development and inclusiveness, and youth mentoring as a tool to benefit society. Alfred has presented several papers and motivational speeches at seminars and conferences across the globe and he remains a well sought after.

Mr. Komolafe was recently elected as the 4th District Commissioner for the Social Development Commission (SDC). SDC was enacted by State Ordinance in 1963 to solve social issues such as health, education, poverty, housing, among other social problems facing Milwaukee County resident. He would be sworn-in any moment from now.

Alfred is happily married to Dr. Tinuke Komolafe, a Medical Practitioner based in Milwaukee, Wisconsin. Alfred enjoys playing soccer and traveling. He has traveled to four continents and twenty-five (25) countries around the world.

Ibadan Media To Host Taiwo Adisa, Akande-Sadipe, Seun Okinbaloye, Others At The 2nd Journalists’ Hang Out On Thursday

Diaspora Committee Congratulates Nigerian-Americans Elected into US Academy of…